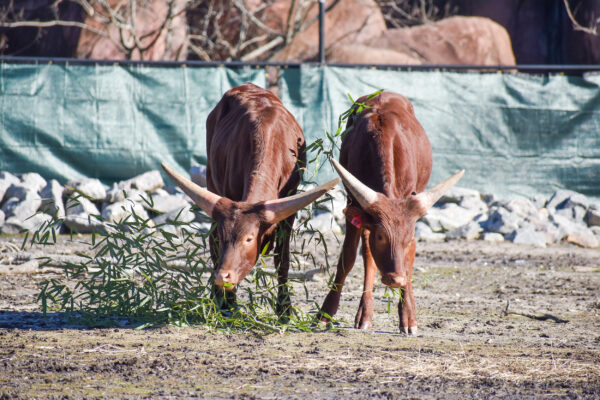 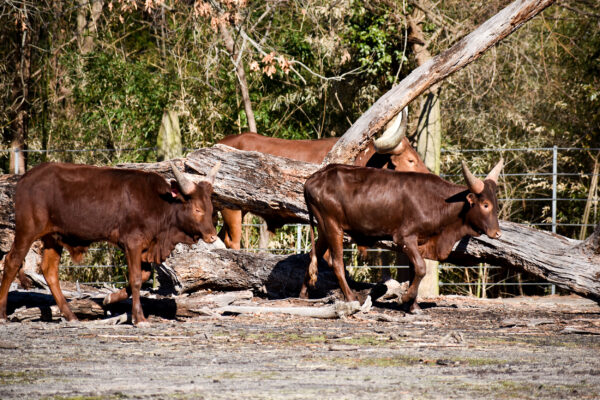 “This is a great opportunity to watch this captivating species grow up, right in your own back yard,” said Greg Bockheim, Executive Director of the Virginia Zoo.

Kamau, born on June 5, and Khari, born on October 18, will turn two years old this year. Watusi are a breed of domesticated cattle native to Africa, originating in Uganda, Kenya and Rwanda. They are most known for their long horns that can span eight feet from tip to tip. These horns act as a cooling system. 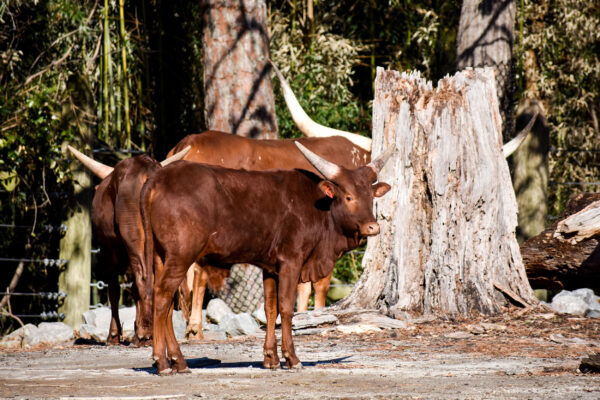 Watusi are usually red in color, but may also have a black brown, white, yellow or fawn coat. They live and graze in open forests and meadows and eat grasses, leaves and acorns.

At birth, watusi weigh an average of 40 pounds and can grow up to 1,000 to 1,600 pounds. The two steer began acclimating to their exhibit this week after being cleared from a routine 30-day quarantine period. 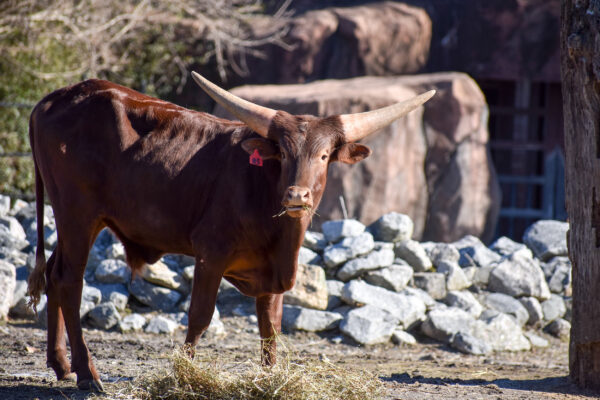 Zoo Keepers say Gamba has been very curious about Kamau and Khari. The three have been vocalizing to each other and the two younger males have followed Gamba’s lead in their exhibit. Gamba, Kamau and Khari will be on exhibit all week, weather permitting, and will be introduced to the zebra next week.

Visitors can see the watusi on exhibit in the Africa – Okavango Delta across from the Africa Village Cafe. 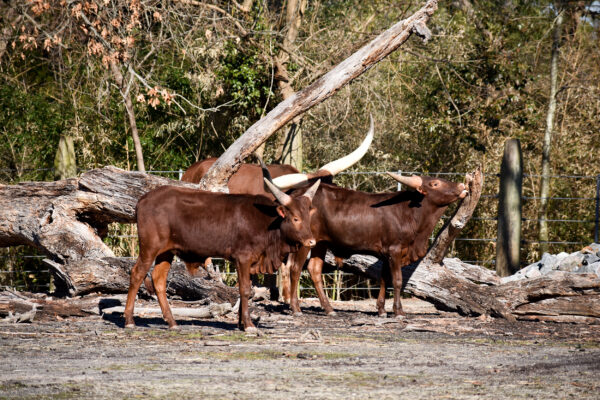