Exhibit AdditionsTigers Debut with a Splash!


The moment we’ve all been waiting for has finally arrived. The beloved Malayan tiger cubs are now on exhibit at the Virginia Zoo’s Asia-Trail of the Tiger. The brothers, who are almost six months old, were moved over the weekend to acclimate to their new space and barn mates- their parents Api and Christopher. On Wednesday the boys were given access to the exhibit yard and successfully navigated the pool, explored their new home and returned inside the barn for the night. 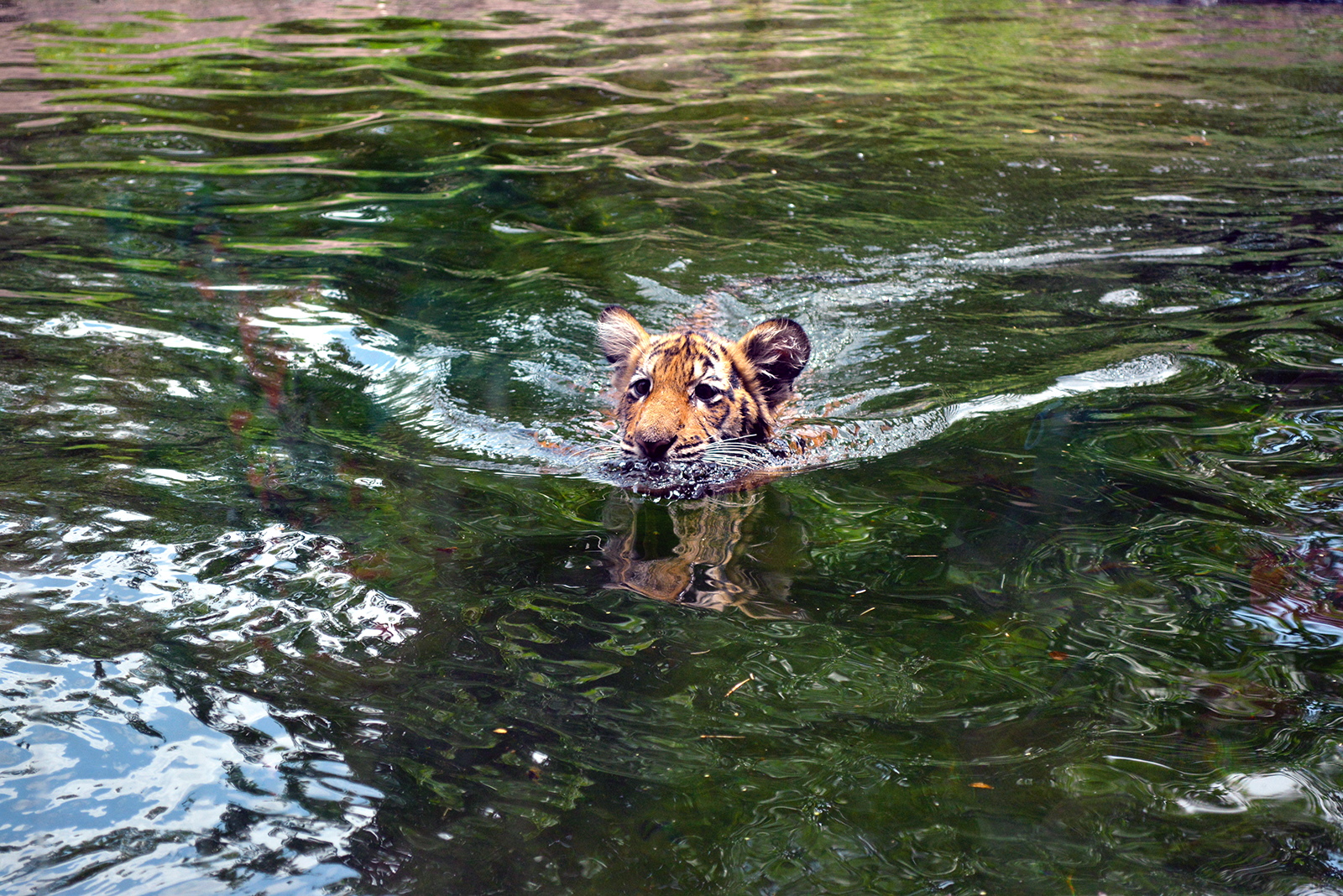 “We are so excited for this next phase for the cubs,” said Dr. Amanda Guthrie, the Zoo’s Veterinarian. “It’s been incredibly exciting to watch these cubs grow and develop over the past few months; we are so happy to share them with the public on exhibit.” Guthrie added.

The tigers will be on exhibit in rotations. Animal Care and Veterinary Staff plan to have the cubs on exhibit daily from Noon until 5 p.m., shifting Api and Christopher in at other times throughout the day. The adult tigers have started to adjust to their new schedule, but it is ultimately dependent on the behaviors of the adults and their willingness to come back inside the barn. 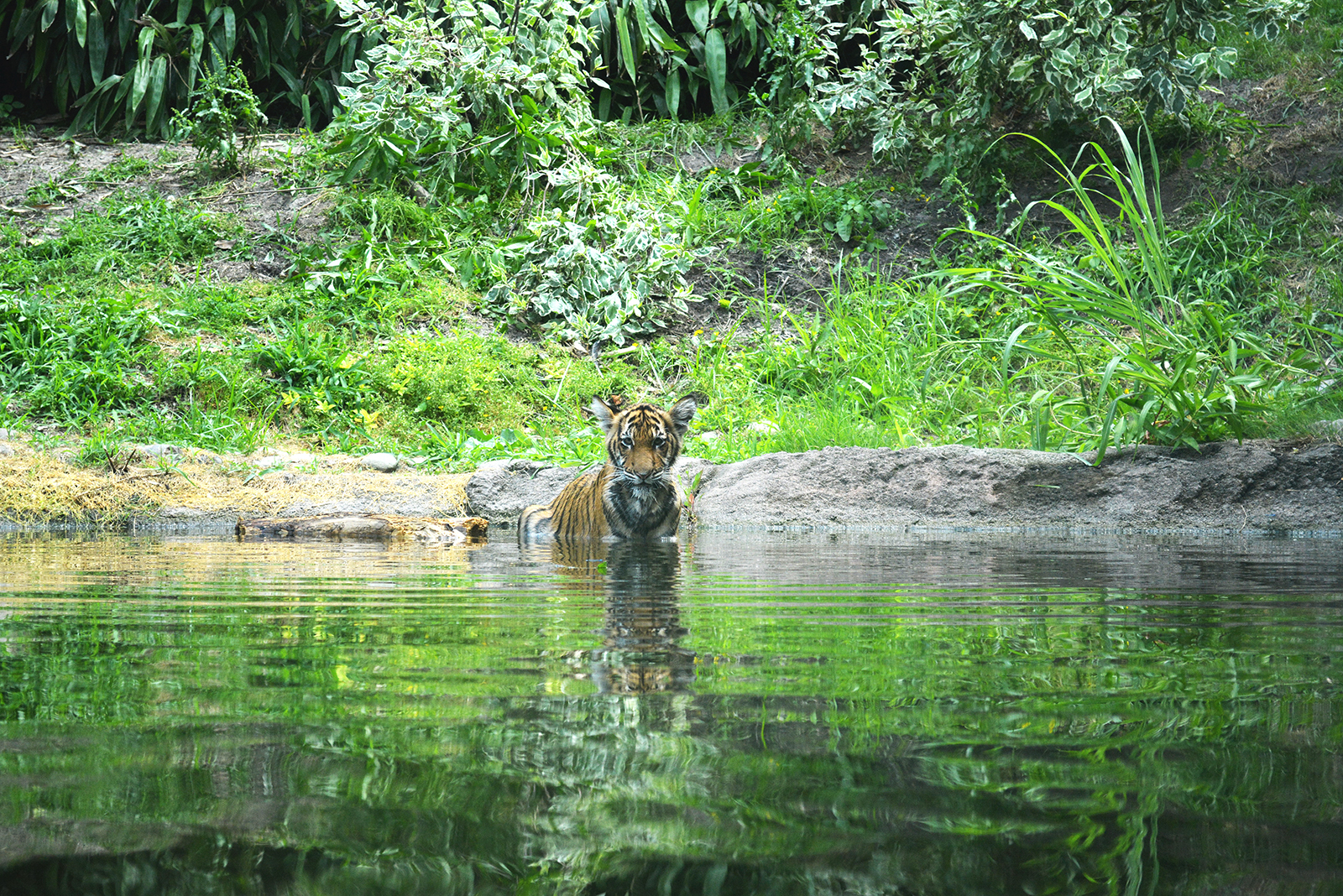 The two male cubs were born on January 6 and 7, 2016 to first-time mom, Api and dad, Christopher. After several hours of close observation, Animal Care and Veterinary Staff were not comfortable with the level of care that Api was giving her cubs. It was decided from much internal discussion and consulting with the national species survival plan chair for Malayan tigers to remove the cubs from the mother and hand-rear them. The cubs have been at the Zoo’s Animal Wellness Campus under the care of the Veterinary Staff as they prepared to be put on exhibit.