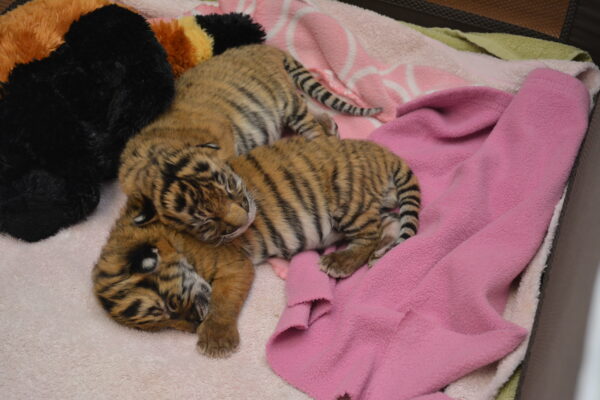 The male cubs were born after a 103 day gestation. After several hours of close observation, animal care and veterinary staff were not comfortable with the level of care that first-time mom Api was giving her cubs. It was decided from much internal discussion and consulting with the national species survival plan chair for Malayan tigers to remove the cubs from the mother and hand-rear them.

At that time, the first cub weighed 1.6 pounds while the second weighed 2 pounds. Following previously developed hand-rearing protocols, both cubs are active and thriving. Tigers are born blind and helpless and are typically nursed by the mother for about two months, after which they will be introduced to a meat diet. In the wild, tiger cubs will begin to hunt for their own food at about 18 months of age.

The boys have yet to be named.

Watch the cubs at one of their six daily feedings. 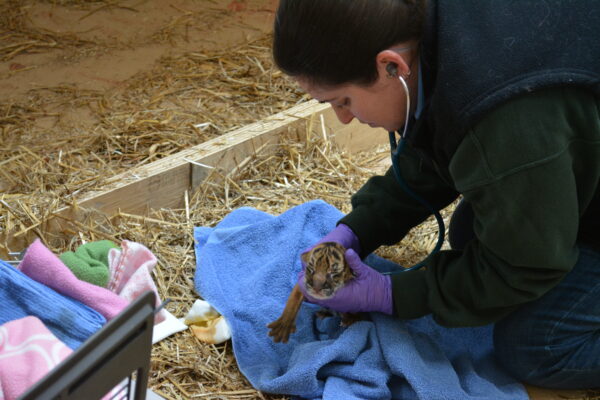 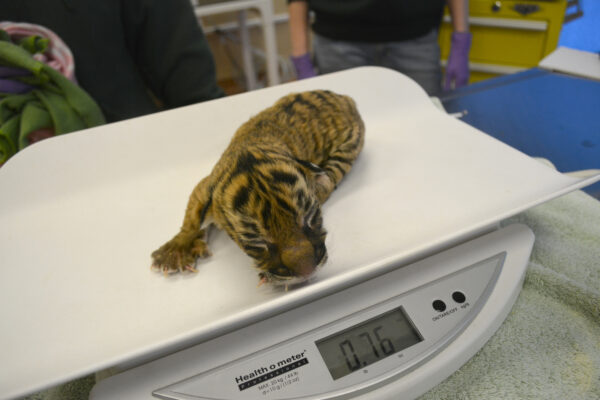 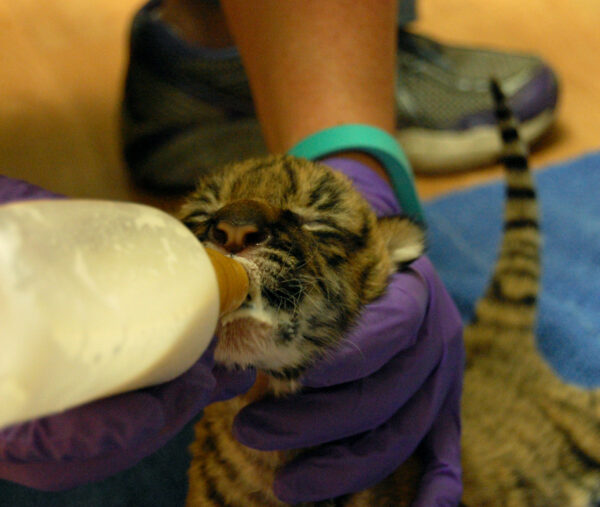