What’s Black & White and New All Over?

Abbey, a 14-year-old Hartmann’s mountain zebra, gave birth to a female foal on Monday, April 13, 2015. This is the second foal for Abbey and the first for 4-year-old father Zack.

This is a significant birth for the species as Hartmann’s mountain zebras are threatened in the wild and there are less than 60 captive individuals in the North American Species Survival Plan (SSP). “The foal appears very healthy and Abbey is an excellent, experienced mother,” says Virginia Zoo veterinarian Dr. Amanda Guthrie. “We are optimistic that this youngster will thrive and be an important member of the Hartmann’s mountain zebra SSP population.”

Female zebras produce a single foal every one to three years, after a gestation of approximately one year.  Each zebra has a unique stripe pattern and after giving birth the mother will position herself between her foal and the rest of the herd so that the foal will imprint upon her stripe pattern. The foal will stay with its mother for a little over a year before being weaned.

Abbey and the foal are being given plenty of time to bond behind the scenes before being introduced to the rest of the herd. Look for them on display at the beginning of May. 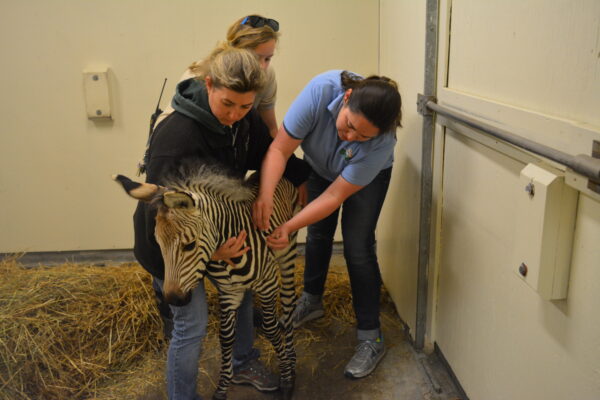 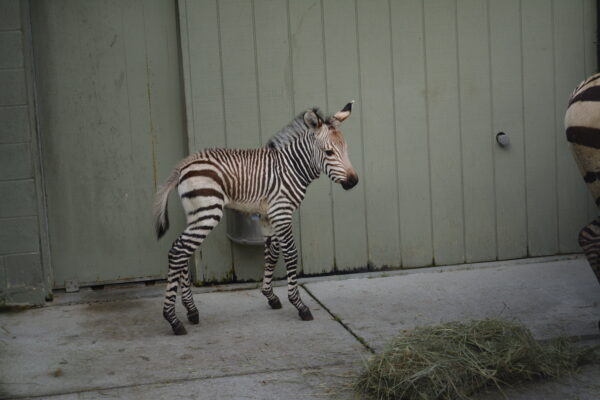