EducationKeep the Five Alive and Save the Rhino!

If the Virginia Zoo had been open to the public today, we would have been celebrating Save the Rhino Day with our wonderful visitors, Zoo Keepers, and of course, our three southern white rhinoceroses. Luckily for us, rhinos are so amazing that they have multiple days devoted to honoring them, so the Zoo is planning a proper celebration later this year. As we enter the fifth month of 2020 (even if it may feel like the 15th month), here are some facts about the five rhino species! 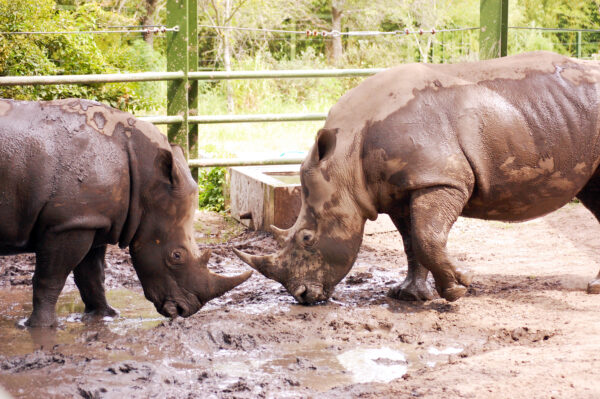 As you can see, the story of the five rhino species is full of both conservation successes and places where there is still work to do. What can you do to help rhino species today and everyday?

Thanks to Save the Rhino International and International Rhino Foundation and their rhino species info pages for help with writing this blog.