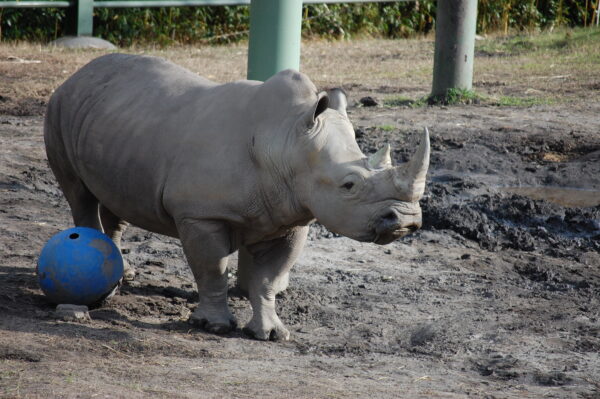 Bowling for RhinosStriking out Rhino Extinction

Rhinos are massive and majestic, and without a doubt some of the most unique creatures on the planet. They are the second largest mammals in the world, second to elephants, and can weigh more than 3 tons! Although rhinos have existed on our planet for more than 50 million years, they are facing the possibility of extinction within our lifetimes. All 5 species of rhino (white, black, Sumatran, Indian, and Javan) are endangered, with some species being nearly extinct in the wild. 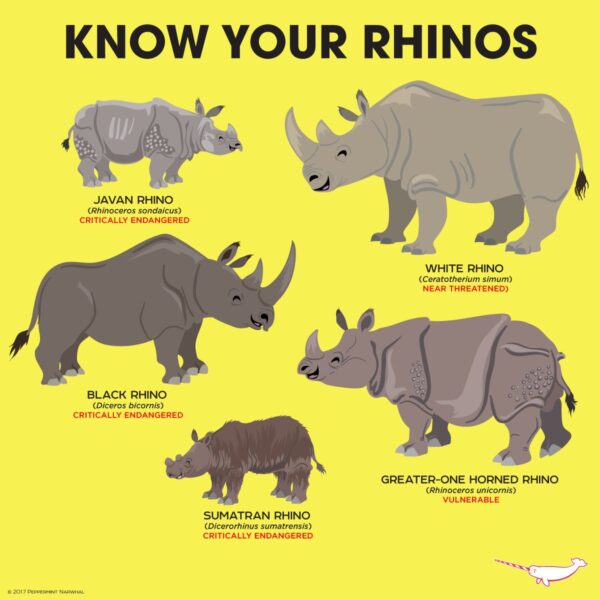 The main reason for their decline is their interactions with humans.  Rhino horn is a coveted item in some cultures, with people believing that it holds medical powers. Many rhinos suffer from poaching solely for the removal of their horns. This, combined with loss of habitat, is a deadly combination for these animals. They need all the help and protection we can provide. The Virginia Zoo is dedicated to rhino conservation, participating in a rhino breeding program and donating to conservation organizations.

The Virginia Zoo makes a yearly donation to the International Rhino Foundation and also supports the American Association of Zoo Keepers’ (AAZK) annual fundraising event, Bowling for Rhinos. This international program has raised more than $7.2 million for rhino conservation since 1990. Every summer, the Tidewater Chapter of AAZK, which includes Zoo Keepers from the Virginia Zoo, Virginia Living Museum and Virginia Aquarium, hosts a local bowling event to raise money for rhino conservation to help preserve and rebuild rhino habitats in Africa. Last year’s event raised more than $6,000. 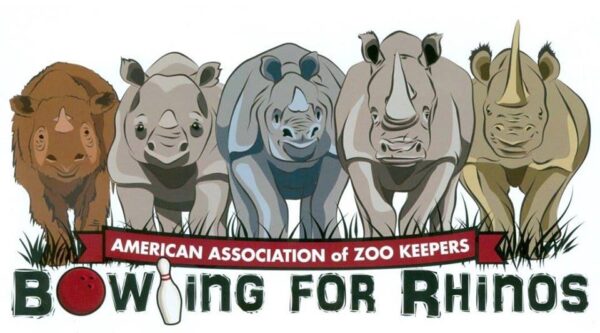 Anyone can come help us strike out extinction by joining us for this year’s Bowling for Rhinos event on August 25 from 6 to 9 pm. It will be a fun evening including bowling, a silent auction, door prizes and more! Bring your family and friends to this all ages event and contribute to international rhino conservation!

Can’t make it to the event, but still want to help save rhinos? Donate to the Zoo’s Conservation and Research Fund! Any dollar amount can help the Zoo continue supporting conservation efforts. Click here to donate.