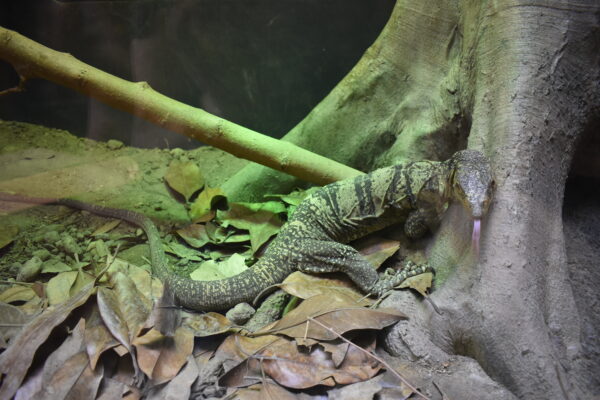 Zoo fans and staff have been anticipating the opening of the World of Reptiles and after months of anticipation, the newly renovated reptile house officially opened its doors on June 4. The new World of Reptiles and Friends nearly doubles the Zoo’s critter count, adding more than 400 individuals representing over 80 different species. Among these scaly, slimy and even furry friends are some of the rarest species in the world, including some reptiles we’ve been looking forward to “monitoring”. For August’s Tales of the Tails, let’s meet the Virginia Zoo’s Gray’s monitor! 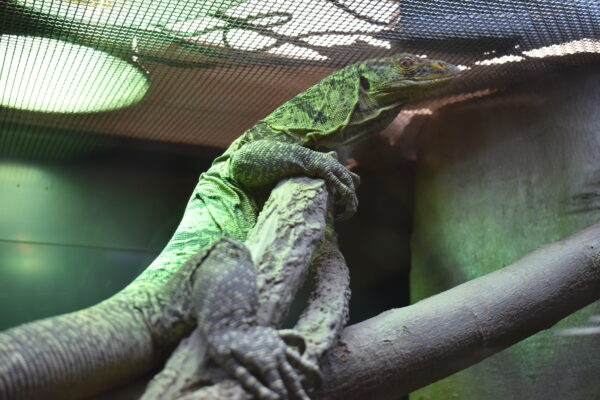 The Gray’s monitor is a large monitor lizard that can reach five feet in length. They are light olive green to gray in color, which helps them blend in to their surroundings and avoid detection. This species of monitor is only found in lowland forests in southern Luzon, Catanduanes, and Polillo Island, all islands in the Philippines.

Until the late 1980s, Gray’s monitors were believed to be extinct. They are currently listed as vulnerable by the International Union for Conservation of Nature. Gray’s monitors habitats in the wild are severely fragmented and they constantly face complete habitat loss. There is also a continuing decline of individuals, resulting from heavy hunting pressure from humans.

There is currently no Species Survival Plan in place for Gray’s monitors, however the Los Angeles Zoo works on pairing up animals to create more breeding populations and also conducts projects in the Philippines. 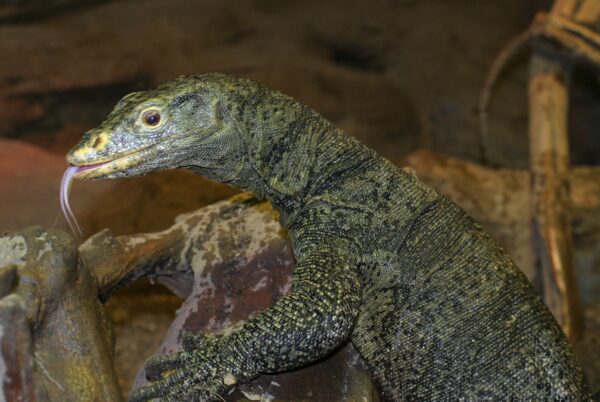 Only a handful of zoos in North America currently house Gray’s monitors, and the Virginia Zoo is now one of them. In 2015, the Zoo partnered with the L.A. Zoo and Oklahoma City Zoo for the Gray’s monitors research study and conservation program in the Philippines. Since then, the Virginia Zoo has acquired one monitor from the L.A. Zoo, which Zoo visitors can now see in the World of Reptiles.

This Gray’s monitor individual arrived at the Virginia Zoo in July 2017, but was hatched at the L.A. Zoo on August 10, 2015. Zoo Keepers have recently determined the sex of this individual to be female, but she has yet to be named. 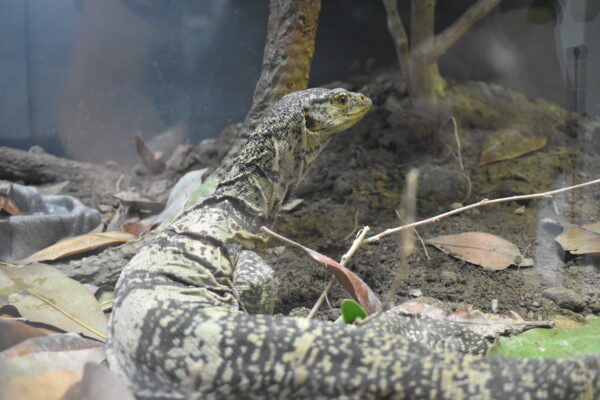 Gray’s monitors are frugivorous, and this one is no different. Rodents, superworms, crickets, roaches, papaya, and various other fruits are all in this monitor’s diet, and Keepers say that she is particularly fond of figs and may eat many of them a week depending on availability. She has long, sharp claws, perfect for digging around her exhibit to catch and eat her food. 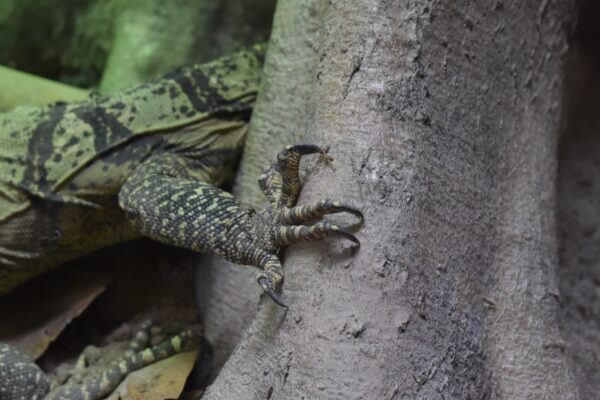 Since most reptiles are ectothermic, or cold-blooded, their body doesn’t heat itself and they rely on the sun or heat lamps to heat up and regulate their body temperature. Like most reptiles, the Gray’s monitor will often perch high up in branches in her exhibit to warm up under the heat lamps. This is also a comfortable place for the monitor to take a quick nap. 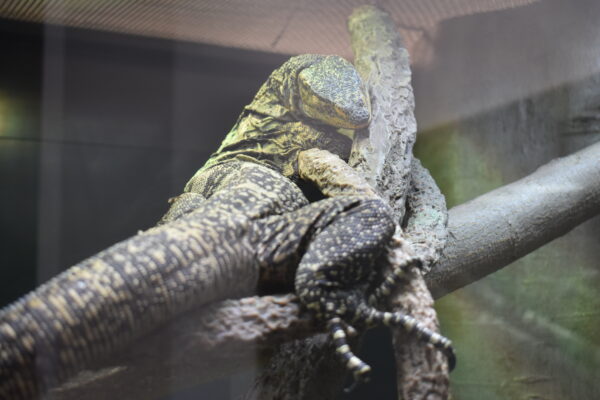 Currently, she measures around four feet long from head to tip of the tail, and weighs around 5 pounds. Zoo visitors are now able to find this monitor in the Reptile Giants section of the World of Reptiles.