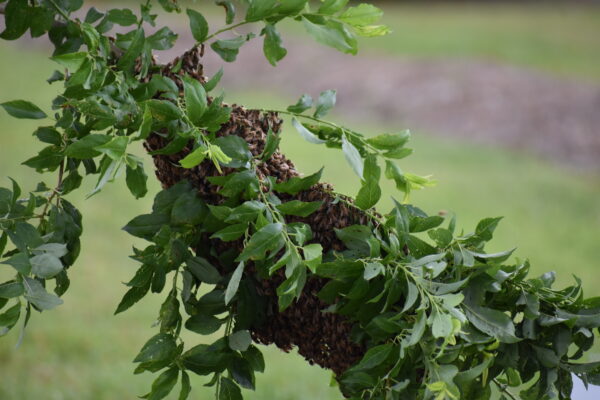 Last week the Virginia Zoo received some unexpected visitors; an estimated 2,000 to be exact! A swarm of bees migrated to the orchards at the Animal Wellness Campus, urging staff to call in an expert to safely remove the bees from a tree.

A swarm occurs when the queen bee decides to leave the hive for many various reasons. Sometimes the hive becomes too crowded to continue reproducing or there is a lack of honey, and therefore food. Other times pesticides or disease infect the hive, and the queen is forced to take the healthy bees and search for a new hive.

When she’s ready, the queen will signal that she aims to leave. This is often done by laying eggs in specific “queen cups”, which are larger honeycomb cells. Since the queen is often very heavy, the worker bees help her lose weight by reducing her feedings, and in return she will also stop producing eggs. Once she is light enough and the new queen eggs have hatched, the queen will leave and take a good portion of the colony with her, while a new dominant queen emerges and takes over the existing hive.

An apple tree in the Animal Wellness Campus orchards was a perfect spot to hang out for the swarm’s queen, and the rest of the bees followed, landing around her and weighing down the small fruit tree’s nimble branches. After hours of swarming and flying around, some of these bees grew tired, leaving stragglers crawling on the grass and visitor walkway in the Animal Wellness Campus, only a short 15 feet away from the rest of the swarm. A spray bottle with a sugar and water mixture was used to give these tired bees extra nutrition to complete their journey to join the rest of the colony. Without this boost of energy, hundreds of bees would have likely died from starvation and exhaustion. 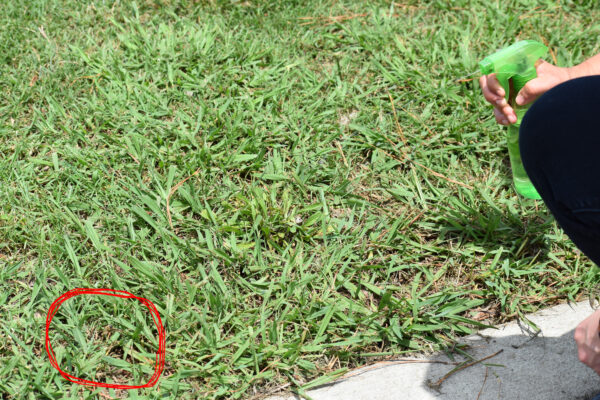 Although we are uncertain as to where the bees in the Zoo swarm came from, it is important to relocate them to a new hive so they can feed and start reproducing. Once this happens they can get back to pollinating and helping flowers and plants continue to grow for years to come. 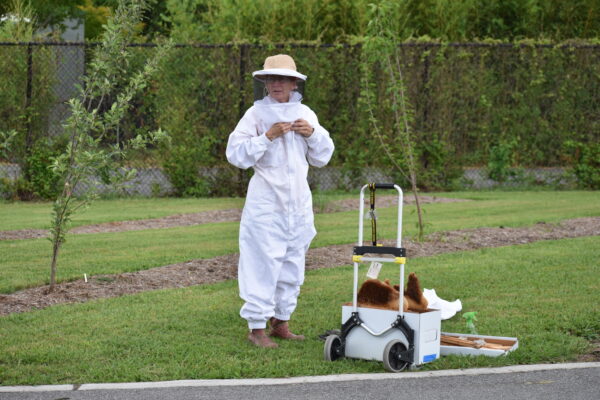 Sherry started off by laying out all of her supplies and getting properly dressed for the task ahead. Outfitted in a professional bee suit, she approached the swarm and began inspecting the situation. She laid out a white sheet and placed a box on top. This white box contains honey combs and acts as a temporary safe haven for the bees until they reach their new home. She then placed a cotton ball with lemongrass essential oil inside of the temporary hive. Some of the bees in the swarm couldn’t resist the sweet smell and began to fly straight to the box.

After positioning the box directly under the swarm, Sherry gently shook the branch and mass of bees until they fell into the box. Some bees began flying around her and the box, ultimately looking for a place to land to join the rest of the colony. She opened a door in the bottom of the box and dozens of bees began crawling and flying through the new passage and into the hive. Sherry told bystanders that even though she didn’t see the queen bee, she was 100 percent certain the queen was in the hive because the other bees were going in as well. If the queen remained on the tree, the other bees would have immediately swarmed back to join her.

Sherry used a special tool, which looked like a frosting spatula, to move some of the bees off of the top of the temporary hive and down into the honeycomb so she could replace the top on the box, keeping the bees safely inside. After collecting the bees, she wrapped up the box in the sheet and took them away. The bees can survive in the temporary hive box for up to six months, but she estimated they would be in a new permanent hive within a few days. 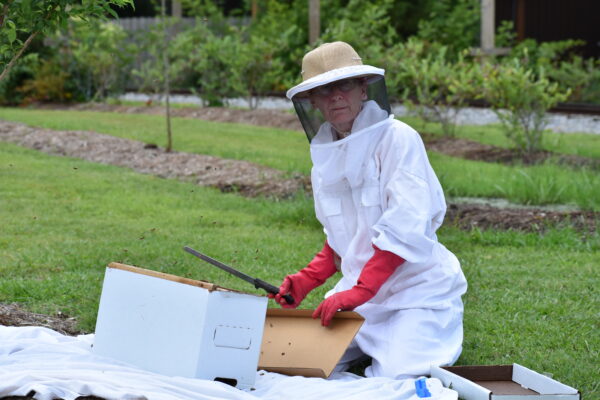 Swarms can occur out of nowhere, but can be relatively easy to get rid of. If you see a swarm, do not try to take care of it yourself, and please do not spray the bees with any chemicals or pesticides. Do instead call local beekeepers or bee professionals who will come to your house or business and remove and relocate the bees. This is not only safer for the bees, but can prevent personal injury to yourself and to others. 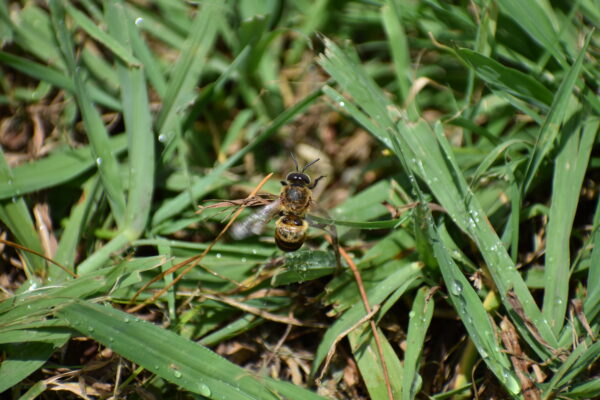 If you’d like to learn more about these amazing creatures, come and hear all the buzz on National Honey Bee Day this summer! You and your honey are invited to spend this EdZOOcation day at the Zoo on August 18 from 11 am to 2 pm.