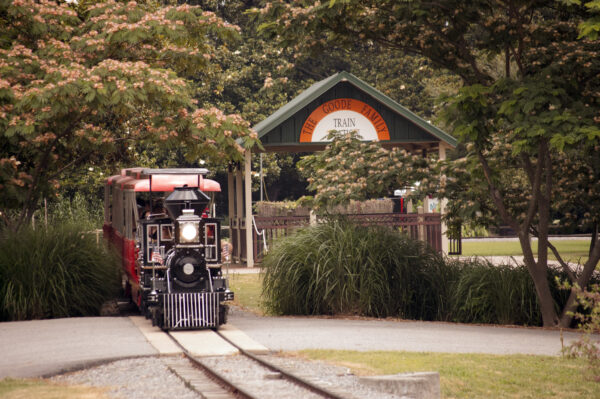 Train Engineer for a DayAll Aboard!

When most people visit the Zoo, their intentions are to see the animals and frolic among the gardens, but some Zoo visitors always have one thing on their zoo-to-do list: Ride the Zoo Train! 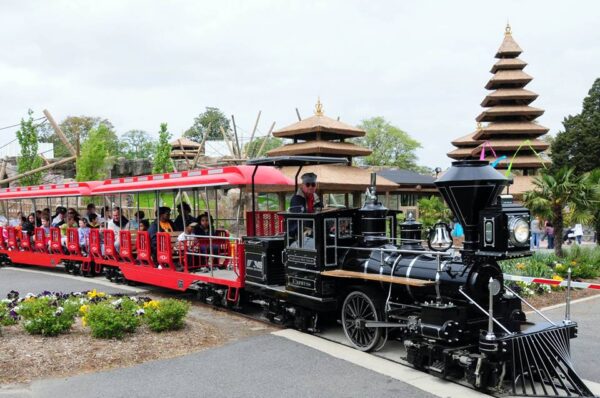 The Norfolk Southern Express Train is the most underrated, but well-loved attraction at the Virginia Zoo, averaging 750 riders a day during the summer! The train leaves every 20 minutes from the Beazley Station in the Zoo’s plaza and takes passengers on a journey around most of the Zoo, even venturing into behind-the-scenes areas!

Simply nicknamed “The Zoo Train”, it is a 1/3 scale model of a C.P. Huntington steam engine with a gasoline powered 4-cylinder engine. The Train has a black engine with four red covered coach cars. This popular attraction weighs almost 17,000 pounds, which is more than the Zoo’s three White rhinos’ weights combined!

The Norfolk Southern Express Train has been in operation for almost 12 years, and the profits from rides have funded animal exhibit renovations, including the Australia Walkabout. If you haven’t already ridden the train, your next visit to the Zoo is a great opportunity to explore the Zoo via locomotive! 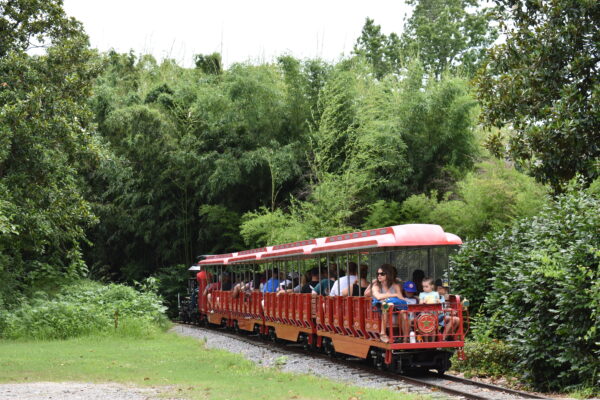 What’s better than riding the train? Being the Train Engineer! Anyone, both children to adults, can become a Train Engineer for the Day, and here’s what happens if you do.

After booking your experience online for less than $100, you and one guest arrive on Zoo grounds before opening to work alongside the Zoo’s train engineer as they conduct safety checks and morning maintenance. Once you hear your name over the PA System as the Train Engineer for the Day, you’ll get Train whistle blowing privileges for the morning’s first departure. Choo choo! 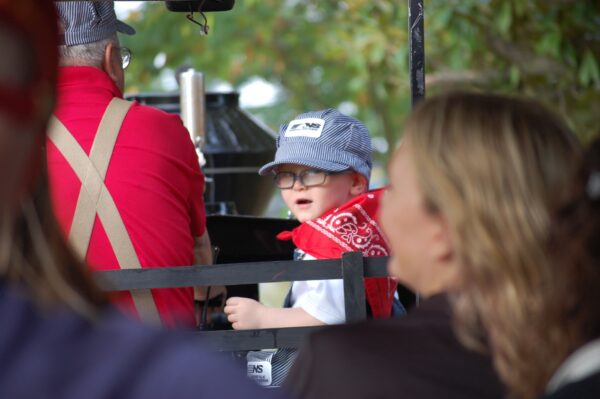 The experience doesn’t end there. As Honorary Train Engineer, you’ll receive a gift bag with your Train Engineer License, a personalized certificate, an engineer’s cap, bandana, train whistle and five free train rides to keep your adventure going throughout the year.

As part of a limited time offer, anyone who purchases a Train Engineer for a Day experience in July or August will receive $5 off a $20 purchase in the Virginia Zoo Gift Shop! Don’t forget to catch this opportunity before it leaves the station!

Do something out of the box by becoming a Train Engineer for the Day. Register here.