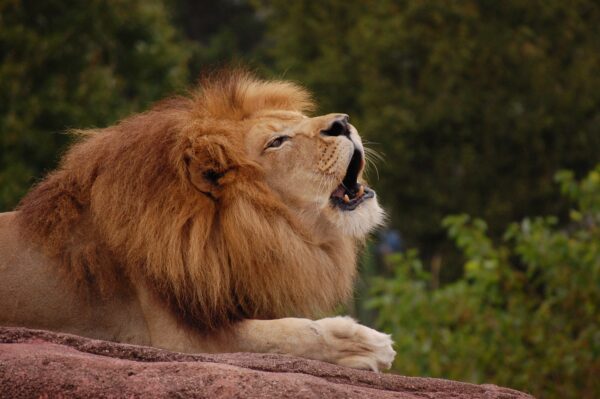 Come to the Virginia Zoo on any given day, especially in the summer, and you’ll hear a plethora of sounds. From kids laughing and squealing with joy, to the fountains splashing, families chattering among themselves, and the train whistling in the background as it leaves the station. In the midst of all of the blissful chaos, chances are you’ll also hear a few interesting animal sounds depending on your location on Zoo grounds. 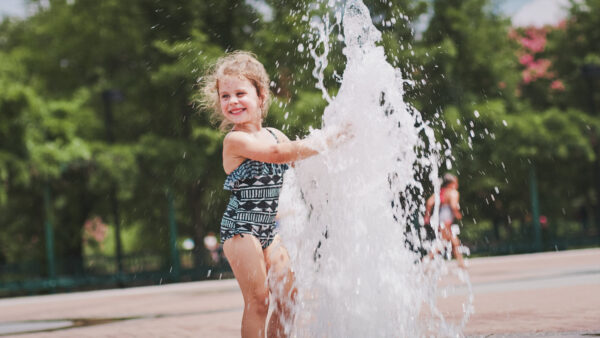 As you walk into the Zoo’s plaza, you may hear some “hooting and hollering” to your left. Did you see those fluffy black creatures climb to the highest point in the exhibit before calling out? That’s our family of siamangs – Bali, Hitam and Guntur. Siamangs have expandable throat sacs which aid in making their calls loud and unique. Their signature “songs” include booms, barks and the occasional squeal, which can be heard up to two miles away!

If you head to the ZooFarm you’ll hear sounds coming from every corner of this area. The zebu, cows and sheep carry on conversation all day long, especially when Keepers are near. The pigs “grunt” and “oink” during naps, and occasionally visitors can hear “squeaks” come from the growing family of Prairie dogs in their yard. The animals you’ll hear the most during the summer at the Zoo? The goats! 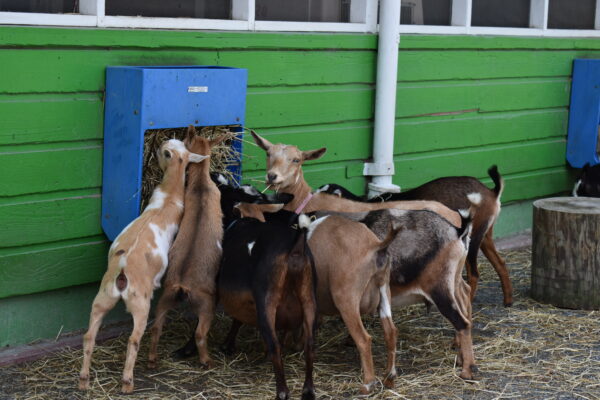 Every summer a new herd of Nigerian dwarf goats arrive from a farm in southwestern Virginia. It doesn’t take long for the momma and baby goats to become adjusted to life in the Goat Yard. They know when it’s feeding time, and you can hear them “bleating” which is the “baa” sound a goat makes similar to that of a sheep. Sometimes the mother goats call out to their kids to cuddle up with them for a nap or to nurse.

Directly across from the Goat Yard, the screamers will often join in with the goats or the peafowl that roam the Zoo. Their name stems from the shrieking scream they make, which warns nearby animals of approaching danger. The screamers at the Zoo often call out when Keepers come near, especially now that they are raising a new chick.

When walking through the Asia – Trail of the Tiger, another animal you may hear is a Malayan tapir. Our two tapirs, Rosco and Haddie, often squeal loudly to each other when they want company, see their favorite Keepers coming and especially during breeding as part of their mating rituals. This loud whistle-like squeal is often accompanied by “chuck” sounds.

Near the Animal Wellness Campus, visitors can hear many of our Animal Ambassadors make vocalizations during ZooLive! stage presentations, but may also hear many of these ambassadors from their behind-the-scenes exhibits. That “squawk” you heard? Those are our two macaws, Big Red and Billie Jean. Did you hear a “cluck”? Beatrice the Buff orpington chicken was probably saying hello to a Keeper as they passed by. That “screech”? Carson the Eurasian eagle owl loves to talk to himself as well as the other birds of prey nearby.

The roar heard around the park comes from the King of the Jungle in the Africa – Okavango Delta. Mramba, the African lion, makes sure his presence is known with a loud roar, which can be heard up to two miles away in the wild. Keepers say Mramba often hangs out in the hallway to the outdoor yard where the acoustics are make his roar louder. Sometimes you can hear his mate Zola and their cub Emery roar back!

What is your favorite animal sound or vocalization to hear at the Zoo? Take a video next time you hear something at the Zoo and share it on social media with #VirginiaZoo!