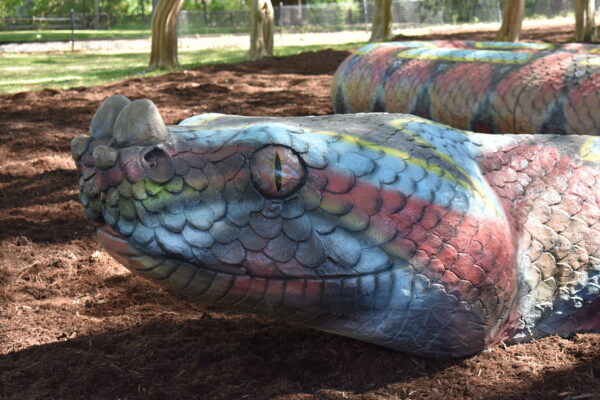 In the beginning of May, the Virginia Zoo announced it would be welcoming the region’s largest snake, and Zoo fans grew curious to see what the Zoo had in store. This venomous snake had guests wondering if it was safe to be around, and some even exclaimed that they wouldn’t be coming near such a scary beast. After days of speculation, the Zoo revealed Snavely, a 67-foot Rhinoceros viper snake sculpture. 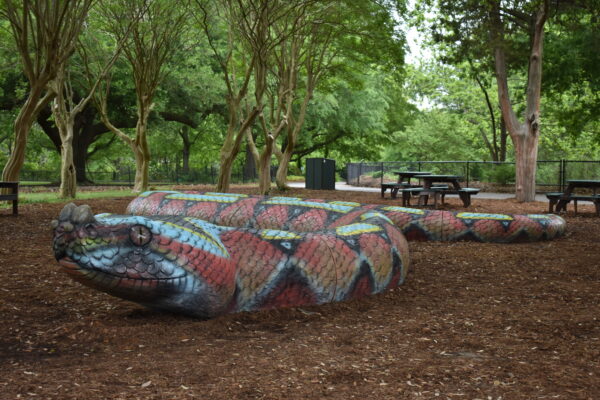 Snavely is a massive, but friendly face welcoming Zoo visitors to the newly opened World of Reptiles and Friends. He sits just beyond the ZooFarm and reptile building, nestled under the cover of beautiful Crepe myrtle trees, and surrounded by plenty of seating areas, perfect for company!

This 67-foot-long sculpture is modeled after a real snake, the Rhinoceros viper (Bitis nasicornis), which is found in moist savannas and humid forests on the western coast of Africa. Although these vipers do not reach more than four feet long, they do pack a powerful bite with venom strong enough to cause severe tissue damage. 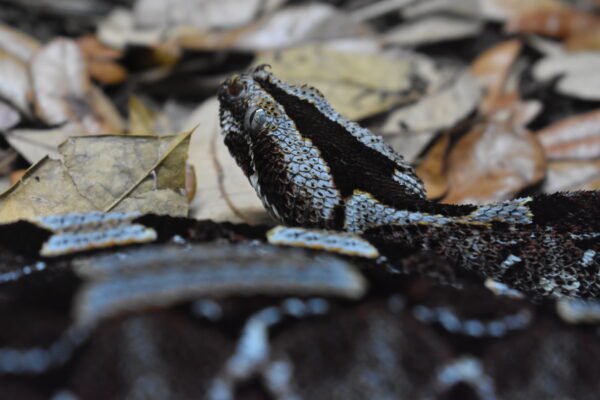 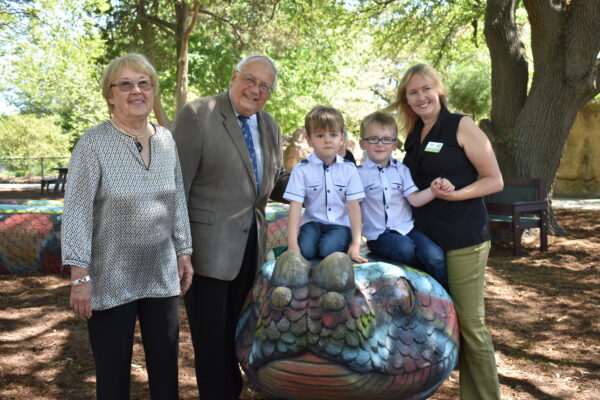 Rhinoceros vipers got their name from the small horns protruding from their snout, which are similar to rhinos. They are also sometimes called River jacks and horned puff adders. Graciously donated by the Goode family, Snavely was named after a chatty snake who occasionally appeared in the comic strip called Pogo.

Not only is Snavely very long, but he’s boldly colored as well. Rhinoceros vipers can be vibrantly colored with electric blue, rosy red, highlighter yellow and jet black scales in an abstract block and stripe pattern, and Snavely does not lack this luster. In the wild, this coloration usually fades quickly after the snake sheds, but Snavely will remain bright and cheery for years to come!

Snavely isn’t the only Rhinoceros viper at the Zoo. There are two juvenile Rhinoceros vipers on exhibit in the World of Reptiles and Friends, who are both less than one year old and two feet in length. You can find them most active after their Keepers have spritzed their exhibit with fresh water. 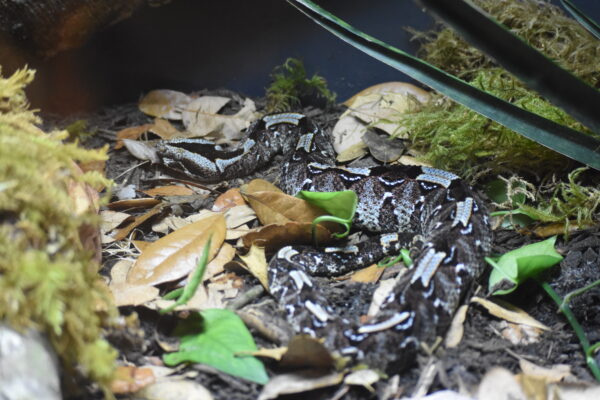 Snavely was transported to the Zoo via tractor trailer, and came in nine separate pieces! Since he weighs almost 9,000 pounds, Snavely had to be moved by a forklift off of the truck and onto his permanent concrete foundation.

He is constructed out of reinforced fiberglass, strong enough to withstand any playing, sitting or climbing he may encounter from excited Zoo visitors. Snavely has already become a Zoo icon and is a regular in selfies. Don’t be afraid to slither up to him on your next visit to the Zoo! 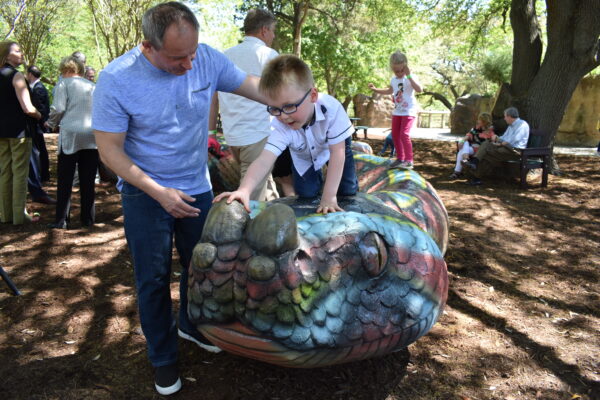