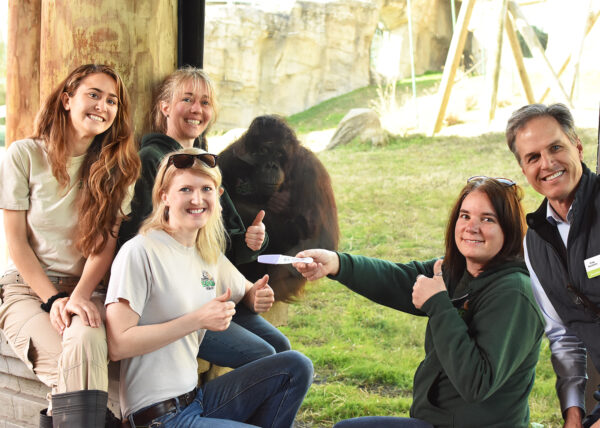 The Virginia Zoo is thrilled to announce that one of its critically endangered female orangutans is pregnant. This will be the first offspring for Dara, the 18-year-old Bornean orangutan, who is expected to deliver the baby in mid June to early July.

“This is an unbelievable opportunity for the Zoo to play a vital role in the future of this species,” said Greg Bockheim, Executive Director of the Virginia Zoo. “Bornean orangutan populations have declined by more than 50 percent in the past 60 years due to poaching, the illegal pet trade, human-animal conflict and habitat loss. Plus, orangutans have one of the slowest reproductive rates of all mammals, making this birth tremendously significant,” Bockheim added. 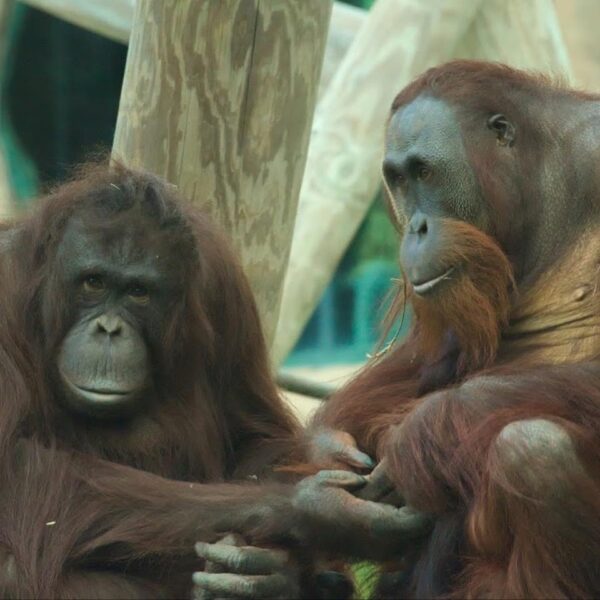 Zoo Keepers observed breeding behavior between Dara and 14-year-old male Solaris last fall. Within a couple of weeks, the physical characteristics of pregnancy became apparent to trained animal care staff. A human pregnancy test confirmed her status. An orangutan’s gestation period is approximately 245 days, and then the infant is completely dependent on the mother until they are at least two years old, typically nursing for several more years beyond that age. Offspring tend to stay close to their mothers for up to 10 years or more.

Orangutans are genetically managed by an international committee and consortium of zoos. This program helps to ensure the long-term survivability of the orangutan population in human  care.

“Since Dara’s pregnancy was confirmed, we have been working with the Orangutan  Species Survival Plan through the Association of Zoos & Aquariums to prepare staff and Dara herself for the infant’s arrival,” said Lisa Thompson, Zoological Manager. “Zoo Keepers have been training Dara using positive reinforcement to prepare her for circumstances she will encounter in motherhood, as well as to help monitor the pregnancy. We are hopeful for a successful pregnancy and that Dara will be a great mother, ” Thompson added.

Dara and Solaris will remain on exhibit — weather depending — until the last few weeks of her pregnancy, at which time she will have access to both her exhibit and off-exhibit dens. Visitors may notice some behavioral changes in Dara, such as nesting, over the next couple of months, but her outward appearance will not noticeably change as it does with humans.