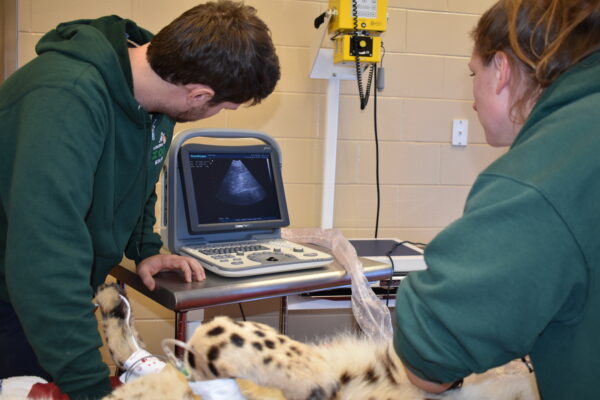 Each animal at the Virginia Zoo receives a routine physical examination at least every 2-3 years or more frequently if the animal is older or has an ongoing problem that Animal Care staff are monitoring. This physical examination is performed in a systematic manner so that we make sure we assess each of the body systems.

Chester and Rico each underwent separate exams on March 8 at the Animal Wellness Campus. With Keepers, vet staff and new interns on site, the exams were performed without a hitch. 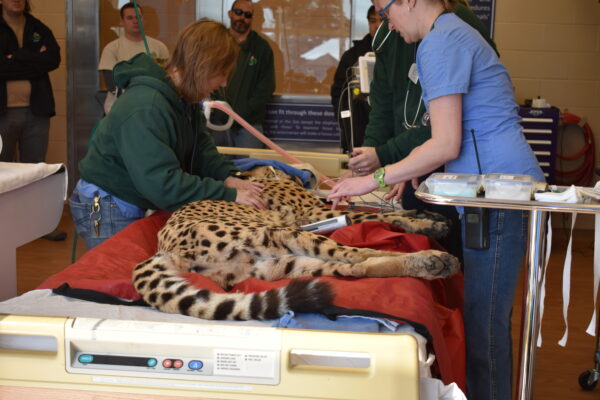 Vet staff were thorough in their tasks during the exam, starting off by weighing the cheetahs before doing routine bloodwork. After taking blood for further testing, Colleen took a urine sample and performed an abdominal ultrasound to check each vital organ’s condition. The cheetahs each received a teeth cleaning and oral examination before finally having radiographs of their chests and abdomens taken. 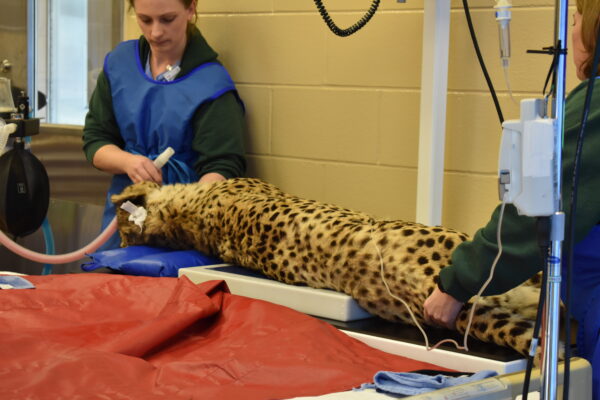 Keepers noticed the cheetahs have recently vomited and have also been over-grooming each other, so vet staff would also checked for anything out of the ordinary during the exam. Dr. Colleen noted that gastritis is common in cheetahs, which would explain the intermittent vomiting. Cheetahs, especially brothers, are also known to groom each other more than normal, so vet staff did not see anything suspicious in this activity.

In conclusion, both Chester and Rico are in great body condition and overall physical health. Some of their hair is thinning in places from over-grooming one another, but have no issues that are affecting their health. 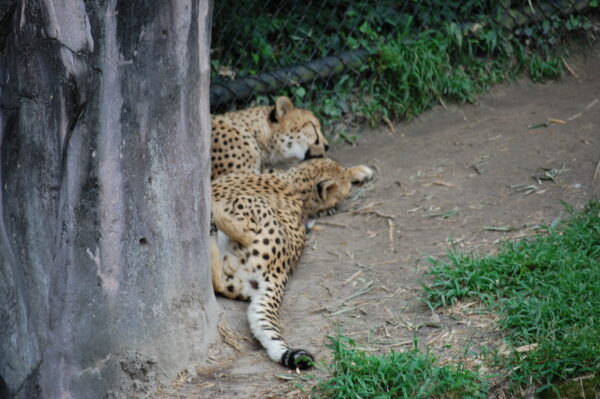 Chester and Rico can be found back in their exhibit in Africa – Okavango Delta and can usually be seen taking naps or playing with each other.