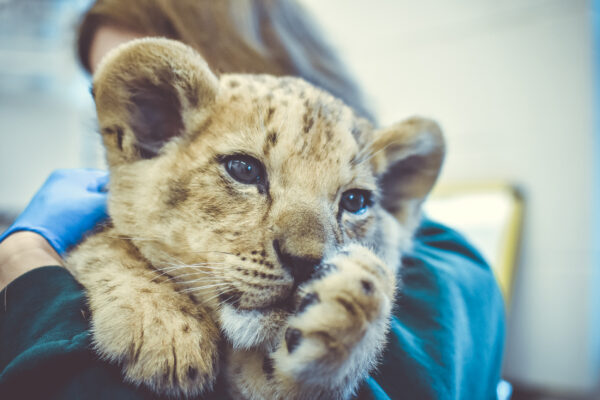 Our little lion cub, Emery, turned 3 months old this weekend and is up to 27 pounds. He’s starting to eat meat with his mom and has been an active cub. However, as he grows, physical exams over the past few weeks have revealed a few things that we wanted to share with you all.

As we mentioned before, when Emery was just about a week old, Zoo Keepers noticed a wound underneath one of his arms that appeared to be the result of overgrooming from his mother, Zola. At that time, Emery also had a slightly enlarged lymph node that could be felt on physical exams. Further tests on the lymph node indicated that it was enlarged due to the inflammation from the wound. The size of this lymph node has decreased over time and the wound has almost completely healed, but the Vet Staff wanted to check Emery’s abdomen to make sure everything was okay. An abdominal ultrasound was performed, which revealed that Emery’s kidneys do not appear to be developing properly. Through blood work and urine tests the Vet Staff know his kidneys are currently functioning properly and doing their job, but the kidney structure on ultrasound show they are enlarged. The outer part of the kidney is too thin and the inner part of the kidney is dilated.

These findings led the Vet Team to perform a CT scan to map out his abdominal organs and vessels. The CT scan gives a different perspective than the previous ultrasounds, by taking several images of the organs from all angles, giving a complete picture of what is going on. The CT confirmed the abnormal structure of the kidneys and also revealed a smaller than average liver and a few other enlarged lymph nodes in his body. Another round of blood tests also revealed that his bone marrow may not be functioning as it should. 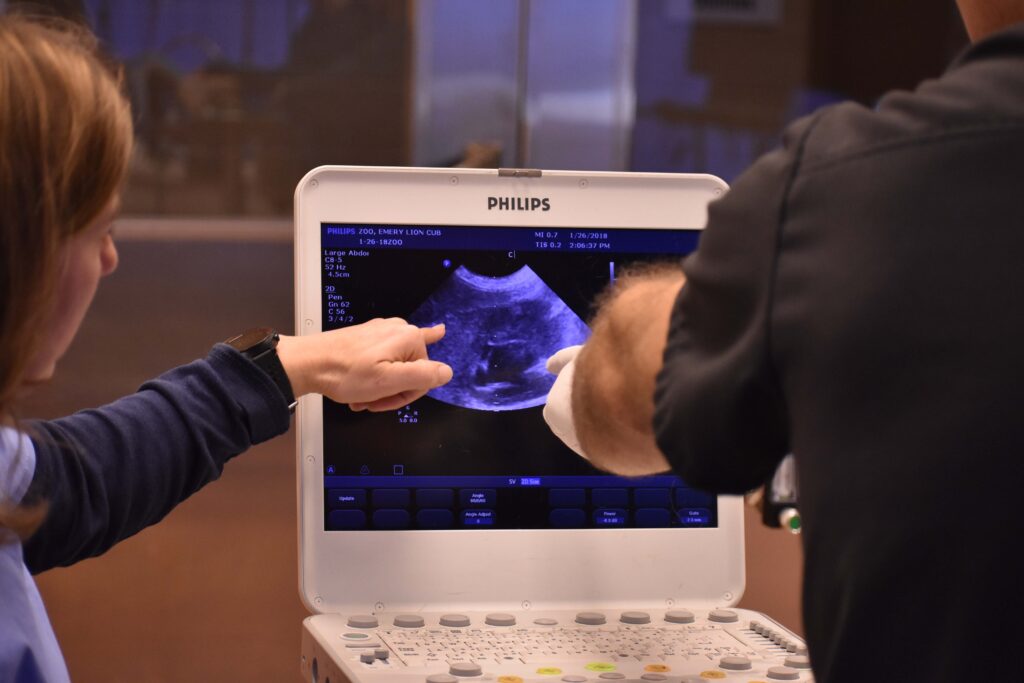 Many of these results indicate developmental abnormalities in our growing cub. Vet Staff have additional tests pending on his bone marrow, kidneys, liver and gastrointestinal tract to hopefully provide a more definitive diagnosis and a long-term prognosis.

In all of this, there is some good news. Emery has continued to show normal behaviors and interactions with his mom and the Keeper staff. He has been weighed daily and gains just under a half pound per day. He enjoys sharing ribs with mom, Zola, who happily complies. So while he has some health challenges ahead, his current daily routine is much like any growing lion cub.