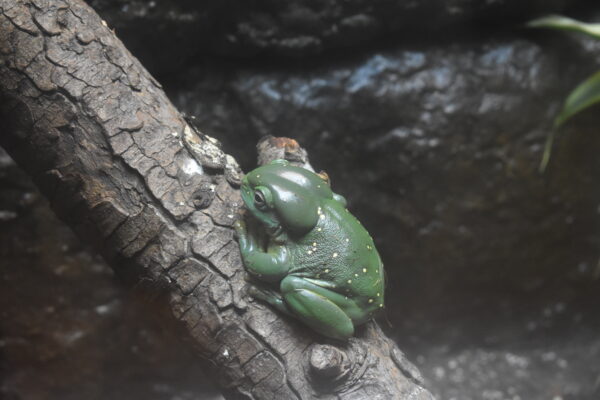 World of ReptilesHisstmas Time is Here

On the first day of Hisstmas my curator gave to me…..new reptiles for all to see! The opening of the newly renovated World of Reptiles is drawing near and the Virginia Zoo is not only coming to a close on the construction of the building, but we’re opening our doors to new reptiles arriving almost every week! Here are just 12 of the dozens of awesome animals that visitors will be able to see, hear and learn about come Summer 2018! 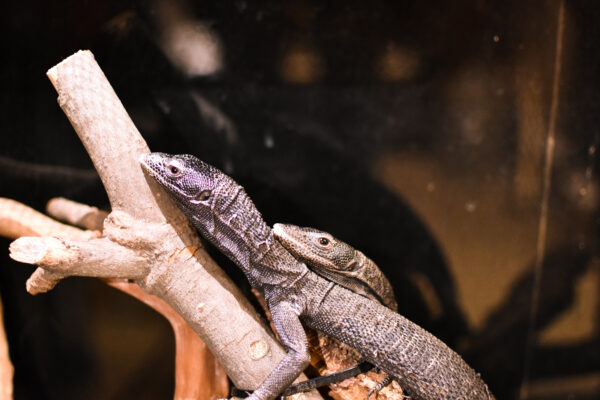 Two Black tree monitors recently came to the Virginia Zoo from the San Diego Zoo. Native to Papua New Guinea, this monitor species has a semi-prehensile tail, which helps for stabilization as the monitor moves from branch to branch high in the treetops.

In case you haven’t heard, a pair of Saki monkeys arrived from the Oregon Zoo in late October. Their names are Jackie and Lionel, and their wild counterparts can be found across South America. 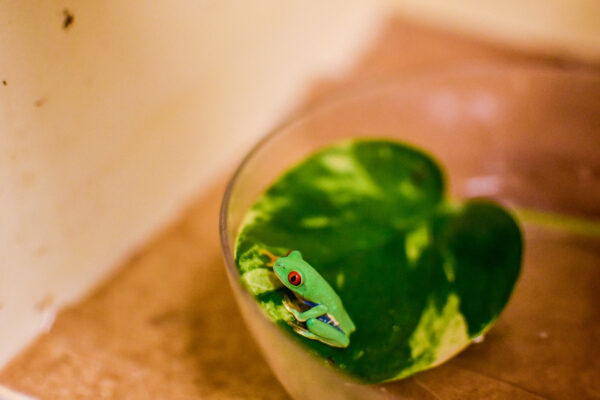 Also known as the orange-eyed tree frog due to variations in eye color, this frog species is native to Australia and can lay up to 25,000 eggs in one season! The Virginia Zoo has acquired six Red-eyed tree frogs from the Los Angeles Zoo. 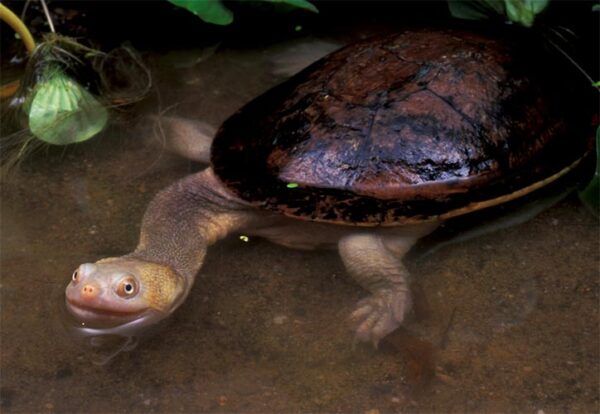 Seven turtles of this species have arrived at the Virginia Zoo from the Fort Worth Zoo. Classified as vulnerable to extinction, the Roti Island snake-necked turtle species is collected exclusively for the pet trade, aiding in declining populations in its native habitats in Indonesia. 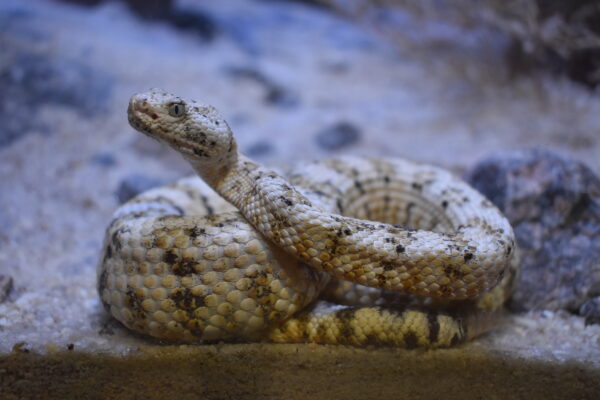 One Southwestern speckled rattlesnake from the Los Angeles Zoo will be on exhibit in the World of Reptiles. This venomous snake is native to the southwestern United States and parts of Mexico. 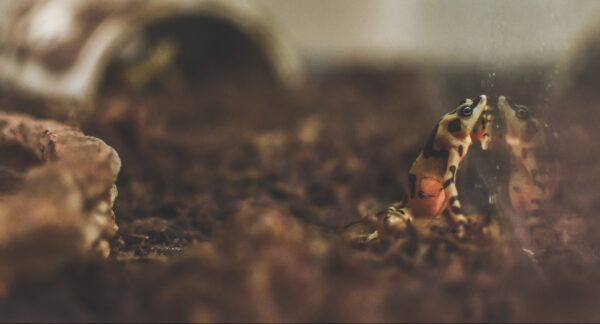 The Virginia Zoo will be acquiring 25 golden frogs from Zoo Atlanta. Currently the national animal of Panama, the species is critically endangered and believed to be extinct in the wild due to Chytrid fungus, a deadly disease infecting several species of amphibians. 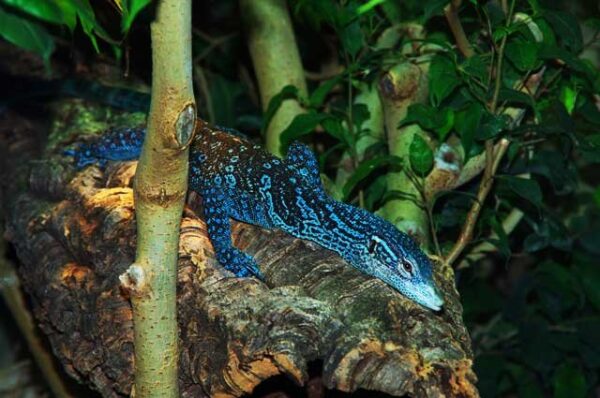 Originally found on the island of Batanta in Indonesia, the Virginia Zoo has acquired one Blue tree monitor from the San Diego Zoo. This endangered species of tree monitor is also called the Blue speckled or spotted tree monitor due to its vibrant blue color and spots. 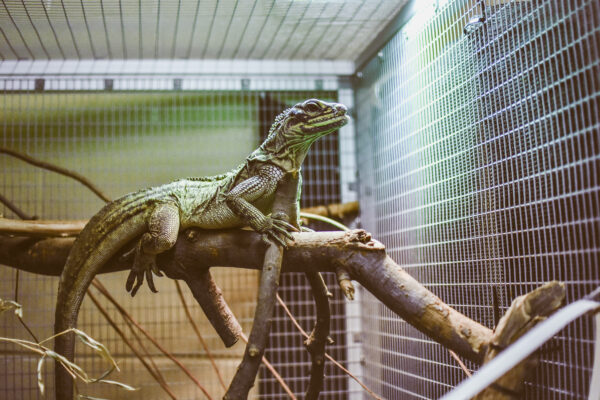 This species of lizard is vulnerable to extinction and is endemic to the Philippines. It got its name from the erect sail of skin along the lower back and base of the tail. The Virginia Zoo currently has one of these lizards waiting to go on exhibit in the World of Reptiles. 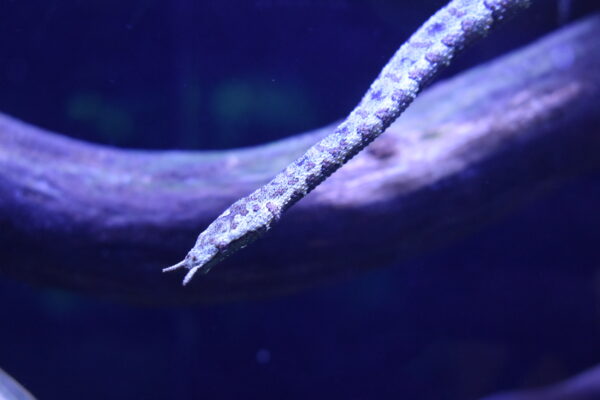 Known for the unique pair of tentacles on its snout, the Tentacled snake inhabits stagnant or slow-moving bodies of water in Thailand and Vietnam. Two Tentacled snakes arrived at the Virginia Zoo from the Rolling Hills Zoo a few weeks ago.

The Virginia Zoo has acquired six Magnificent tree frogs from the Los Angeles Zoo. This species of frog, also known as the Splendid tree frog, is endemic to Australia and rather large in size. Each frog’s color ranges from dark olive to bright green on its back, with scattered yellow or white blotches on its body. 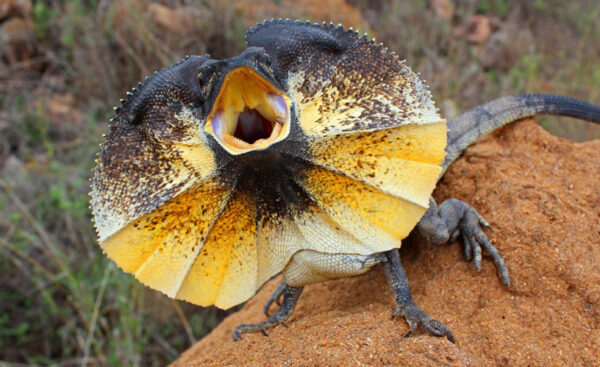 This unique looking lizard species is found mainly in northern Australia and southern New Guinea. When it feels threatened, the Frilled-neck dragon will open its mouth, unfurl its neck flaps and quickly sprint to a nearby shelter, only running on its hind legs in the process. Four of these lizards are now at the Virginia Zoo.

This species of crocodile is native to Southeast Asia and is critically endangered due to poaching for their eggs and skin, as well as habitat loss. The species is relatively small in size compared to other crocodilians and is virtually extinct in the wild. The Virginia Zoo is expecting a female Siamese crocodile to arrive before the World of Reptiles opens.

Be sure to check out our World of Reptiles inhabitants page for an updated list of new reptiles and other animals making their way on exhibit isoon! For now, have a Merry Hisstmas and Hoppy Holidays!