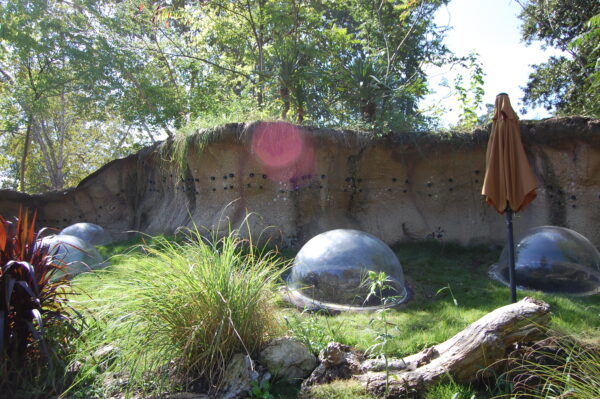 While most of the Zoo’s reptile collection will have to wait until February to move into their exhibits, one slow-and-steady reptile has already been introduced to her new enclosure.

Ethyl, a Leopard tortoise, is becoming acclimated to her new habitat located just outside of the reptile building and beside the bison yard. 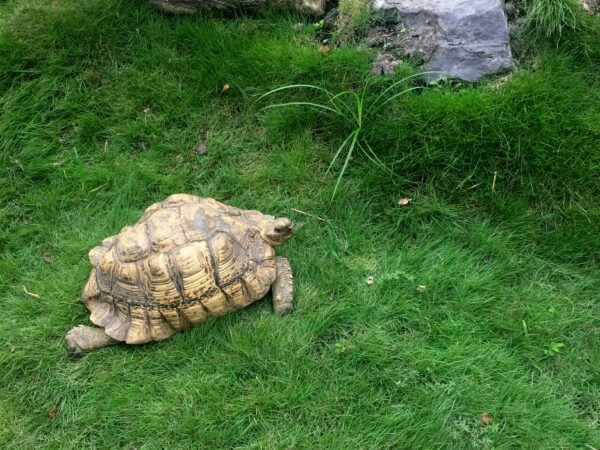 Leopard tortoises are native to the dry savannas of central and southern Africa. They spend most of their time grazing on mixed grasses. Although the species is not considered threatened, they are under increasing pressure from habitat loss and have been heavily exploited by the pet trade.

Guests may already be familiar with Ethyl, as she is one of our Animal Ambassadors seen at events and during ZooLive! stage presentations.

Ethyl’s exhibit was once home to the Zoo’s prairie dogs. The exhibit was closed for renovations once the prairie dogs moved to the re-vamped ZooFarm in the summer of 2016. The enclosure was vacant until a few months ago – when horticulture staff began cleaning and preparing the area for its new resident. 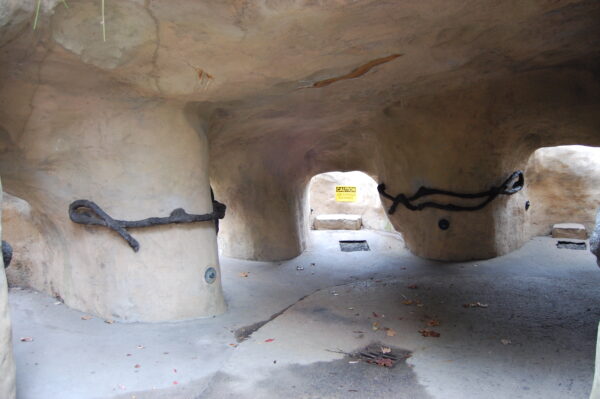 First, the exhibit was cleared and cleaned. Then the horticulture staff went to work laying sod throughout the entire exhibit. Tall ornamental grasses and shrubs were added so Ethyl would have a few places to hide from her new-found fans. Above the exhibit, a mix of shrubs and perennials were planted along the existing rock work. 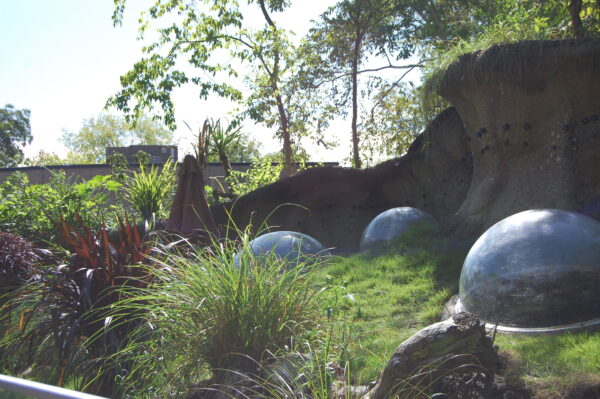 The exhibit’s main feature is the visitor viewing bubbles. Visitors can get eye to eye with Ethyl and watch her roam around her exhibit (or nap!) through four different domes. After years of weathering, the Zoo replaced the domes so Ethyl can be seen more clearly. A couple of umbrellas were the last pieces added to the exhibit so Ethyl can stay shaded and cool on the sunniest days. 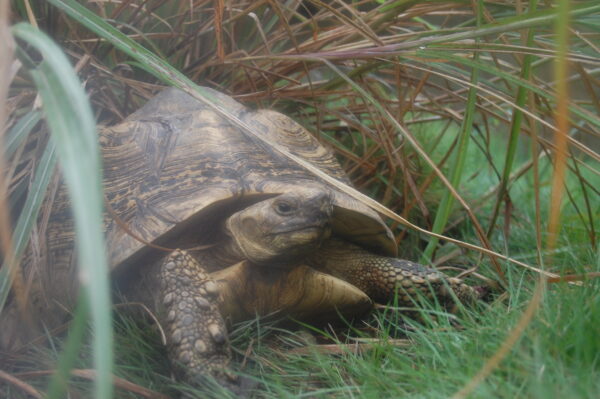 Ethyl is now on exhibit and checking out the new faces that explore her enclosure through the viewing bubbles. Be sure to stop by and admire her new digs next time you visit the Zoo!