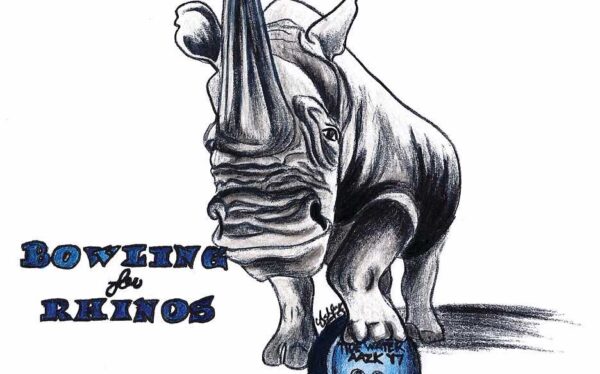 What is it, why is it important, and how can you help?

Bowling for Rhinos is a national fundraising campaign hosted by chapters of the American Association of Zoo Keepers (AAZK) all over the country.  It began in 1990 when AAZK began to support the Lewa Wildlife Conservancy in Kenya.  From there, it has grown into a successful and fun way to promote rhino conservation and raise money to protect plants and animals that share a habitat with rhinoceros.  Chapters have the liberty to hold an event in any number of ways including running races, yard sales, and the more traditional bowl-a-thon type event. To date, this campaign has raised over $6.3 million and continues to grow each year. 100% of the money raised from Bowling for Rhinos events goes directly to hands-on, in-habitat conservation.

The funds raised are split between:

Why is it Important?

Though rhinos have existed on our planet for more than 50 million years, they are facing the possibility of extinction within our lifetimes.  All 5 species of rhino (white, black, Sumatran, Indian, and Javan) are endangered, with some species being nearly extinct in the wild.  The main reason for their decline is their interactions with humans.  Rhino horn is a coveted item in some cultures, with people believing that it holds medical powers.  Many rhinos suffer from poaching solely for the removal of their horns. This, combined with loss of habitat, is a deadly combination for these animals. They need all the help and protection we can provide.

This is why we bowl.

How can you help?

Form a team, come and bowl, bid on your favorite silent auction item, like us on Facebook and share our event.  Bowling for Rhinos will be August 19th 2017 from 6-10pm at Pinboys Bowling in Virginia Beach.

Each year we host a silent auction featuring one-of -a-kind artwork painted by animals, tickets to local attractions and events, hand-made jewelry and much more.

There are door prizes, rhino-themed merchandise and more. We will even be giving away a behind-the-scenes tour to meet Bora and Zina, the White rhinos at the Virginia Zoo. There is something for everyone! If you can’t make it to the event that night, but still want to make a difference, donate on the EventBrite page. Every dollar raised will make a difference!