ConservationZoo Keeper Dennis Helps Save Tortoises in the Desert

Bolson tortoises (Gopherus flavomarginatus), also known as the running tortoises, are the largest land reptile in the United States. These tortoises are approximately 26-33 pounds and have a lifespan of 80-100 years. They are herbivorous, primarily feeding on shrubs and herbs. The species is native to north-central Mexico, specifically in the Chihuahuan Desert, but due to destructive levels of exploitation, the population has decreased by 50 percent. According to the International Union for Conservation of Nature (ICUN) Red List, the species is now classified as vulnerable to extinction.

The Turner Endangered Species Fund has been the driving force for Bolson tortoise- related projects on the Turner’s ranches to decrease the threat level of the species.

“This tortoise historically lived in New Mexico and [the Turner Endangered Species Fund is] trying to use some of the Turner ranch[es] to reintroduce it,” Dennis McNamara, Virginia Zoo Lead Reptile Keeper explains. The land has served as a breeding ground for the tortoises since 2006, aiming to increase the population.

McNamara has had an interest in the project for a while, but this past spring was able to see the ranch and project first-hand. He was invited by Craig Pelke, Curator of Reptiles at the San Antonio Zoo, to travel to New Mexico and take part in the soft release of the Bolson tortoises. 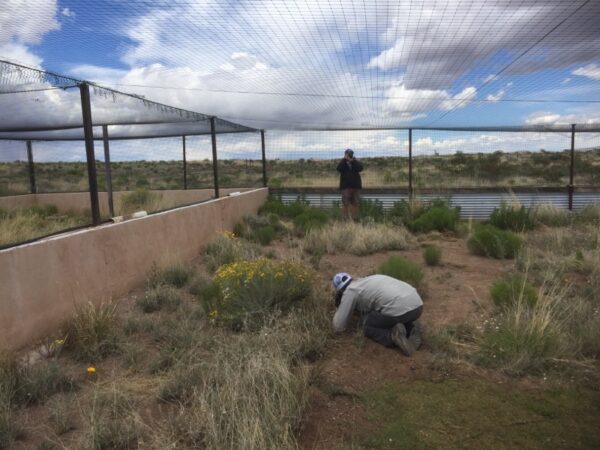 McNamara describes the program, which was established in the fall of 2012. The goal was to encourage the tortoises to learn to live on their own, eventually to be released back into their natural habitat. That year, 25 artificial, juvenile burrows were built in one of the ranch enclosures holding the adult tortoises. Ten juveniles were outfitted with radio transmitters and released in the enclosure in the direction of the burrows. In the spring of 2013, a second group of eight juveniles were also outfitted with radio transmitters to track their locations. Within the enclosure, most of the tortoises found and modified existing rodent burrows as their habitats. There were a few exceptions: one used the artificial burrow and the others built habitats from scratch.

Christiane Wiese, Senior Biologist at the Turner Endangered Species Fund, and other project participants at the ranch learned that it would be more beneficial to build enclosures near rodent burrows, as these are preferred places of refuge for juvenile tortoises. Through the project, the tortoises have been able to stay outside with no assistance. With its success so far, the Turner Endangered Species Fund plans to further the project. Next steps include obtaining legal permits that will allow the release of the animals into their natural habitat. 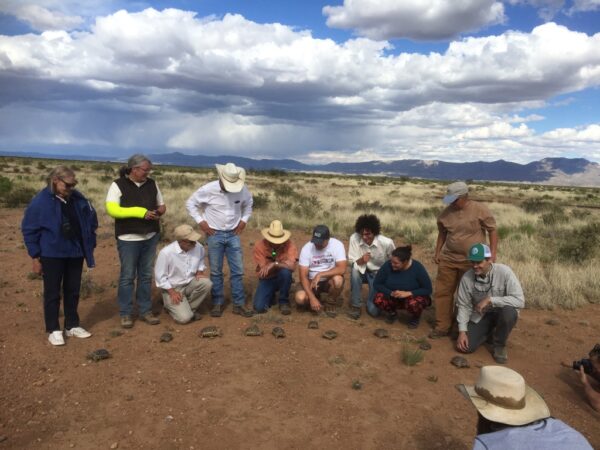 “The highlight was seeing the tortoises sitting atop burrows they had created in their 16-acre pen,and being able to walk around in there with them,” added McNamara.

Dennis is just one of several Keepers who dedicates time outside of work to conservation efforts. From sloths to birds, geckos to oysters, and even plants, Zoo Keepers at the Virginia Zoo show their passion for saving the flora and fauna of the world every day.