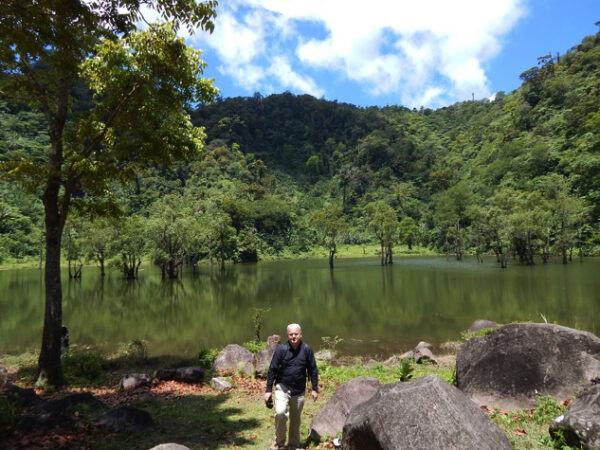 In 2016 the Virginia Zoo provided funding to the Philippine Biodiversity Conservation Foundation in their implementation of a national conservation program for Philippine hornbills. Hornbills are large, spectacular birds that play an essential seed-dispersal role in tropical rainforests, which make them
important ‘conservation flagship’ species for everyone involved with studying and conserving tropical rainforests. There are 10 species of hornbills found in the Philippines, several of which are among the most endangered hornbill species in the world.

In the West Visayas region of the Philippines you’ll find some of the most important field work currently being conducted on these species. The critically endangered Rufous-headed hornbill (Rhabdotorrhinus waldeni) and the endangered Visayan
hornbill (Penelopides panini), are found in this region, on the islands of Panay and Negros. Last year, a field team of biologists from Philippine Biodiversity Conservation Foundation conducted surveys and observations of flocks of both hornbill species, ranging from 16 – 31 individuals per flock.

This year, the focus moved to Negros Island to conduct an extensive hornbill census in the three largest national parks areas where most of the remaining wild hornbills are found. To conduct this research, a series of synchronized hornbill count surveys were planned for each of the national parks using a large team of conservation biologists, biology students and provincial government environmental staff.

Building upon the network of field biologists the program secured, the team created an initiative to encourage local community involvement and citizen science. To achieve this, a series of bio-monitoring training workshops were set up to train non-scientists how to use evidence-based biodiversity monitoring techniques, allowing workshop participants to join the hornbill surveys. 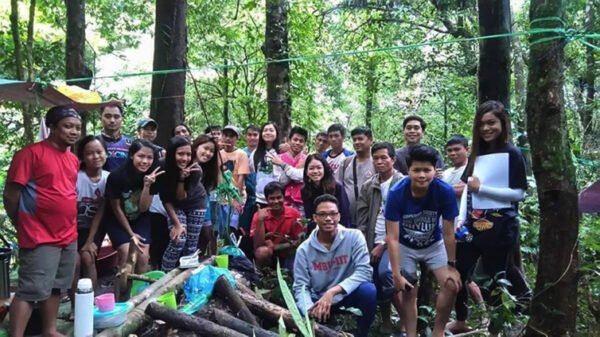 Many local bird watchers, hikers, photographers and other community groups in Negros who had long asked for greater access to explore restricted areas of the national parks jumped at this unique opportunity. Sixty-eight citizen scientists participated in three workshops, which allowed them to work in some of the most remote and least disturbed natural areas that still exist on the island of Negros. The workshops also covered a broad range of biodiversity monitoring techniques, in addition to the survey methods for hornbills. 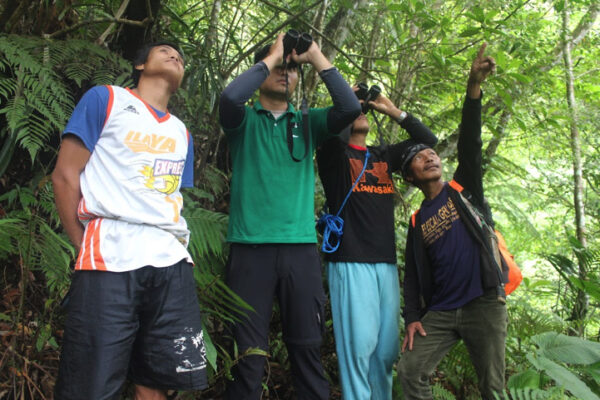 Two of the three national parks areas have now been completed, these being protected areas of Negros the Balinsasayao Twin Lakes Natural Park and Mt Kanlaon National Park. A total of 130 citizen scientist and researchers joined together to survey approximately 22 miles of established trails. The remaining (and largest national park area) of Northern Negros Natural Park was surveyed by an even larger team in late June. The data collected, when combined with the results of the Panay surveys in 2016, will provide the most comprehensive information ever assembled to understanding the conservation challenges for these two endangered hornbill species.