The Virginia Zoo caught up with the three food critics who will be present at this year’s Zoo To Do! Their job is to judge 20 different restaurants on the fare they are preparing for hundreds of guests, and announce a winner who then becomes the “Best of the Beast” in Hampton Roads.

So who is judging Zoo To Do and what are they looking for? 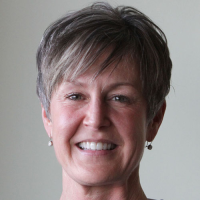 and Patrick Evans-Hylton, who is the Chef, Food Journalist and Publisher of Virginia Eats + Drinks Magazine.

Check out how they each get prepared for a judging gig, and what they’re specifically looking for in a dish!

1. What features do you look for in a dish (appearance, aroma, creativity, taste, etc.) and which component is the most important to you?

Judy: We all eat with our eyes first, so appearance is importance…but it can be pretty and not tasty. So, flavor and balance of dish is most important. If there are two dishes I like equally, then the one that is the most beautifully plated and presented, gets the win.

George: Like they say, you eat with your eyes first. I love a visually stunning dish that wows you when you first look at it. That doesn’t mean it’s going to taste great but it is all part of the appeal. I love flavors that complement each other or draws out the nuance of the dish.

Patrick: There are many forms of creativity, and sometimes it’s when a chefs knows what not to do to a dish rather than something to do with it. I like food to speak for itself as much as possible. There are many variations on recipes, but that’s all they are – variations.

I like a chef that starts with a quality product, executes the method well, and adds his or her own touch. Sometimes that touch could be light, sometimes a little more heavy-handed, but it should be honest and true and not contrived.

A dish does have to be visually appealing, but it doesn’t have to win a beauty contest. I like food that comes to me on a plate in a simple, natural way with perhaps a bit of garnish, but nothing garish.

Since our sense of taste is so intrinsically tied to our sense of smell, a plate with a nice nose does serve to get the appetite going. As with the visual, I’m looking for something that comes naturally with that dish and nothing artificially amplified.

All of the above doesn’t mean a dang thing, however, if the dish doesn’t have taste appeal. It’s got to please the palate, and it has got to make you want to keep eating bite-after-bite and fondly think about the next time you may enjoy it again.

2. What makes a dish stand out?

Judy: An unexpected flavor, originality of ingredients, or the way it is presented as well as the presenter. I’m an artist by degree, so I go for the visual and the creativity elements.

George: Other than the visuals – flavor. In in the end it must taste good.

Patrick: A dish that is prepared in a true and honest method according to the recipe, presented so that the main ingredient and the other components in its orbit shine, and one that you relish the aroma, texture and taste from the first bite to the last.

3. What is it like to judge more than a dozen restaurants at once and what do you like most about it?

Judy: I love meeting the different chefs and seeing who brings what to the table. Some folks phone in their dish…no love, no excitement. Others are hungry for the win and come to compete. I do make sure to come to a judging event hungry so I will be able to taste it all.

George: Like a dream come true? Honestly, I love being asked to judge these events because I am exposed to the chef’s creativity and I usually find something I haven’t had before.

Patrick: The thing I like most is seeing the variety of dishes and how they reflect the chef’s vision. I like seeing the chefs proud of their offering as they put it out there for not just to critics but to the public at large. You should always put out something you are proud of, or not put it out at all.

I don’t always like having to just select one dish to stand out above the others, but that’s what competitions are, and even if a dish doesn’t win, it doesn’t mean it was bad, it just means one was perhaps just a bit better.

4. How do you prepare for a night of judging?

Judy: I do make sure to come to a judging event hungry so I will be able to taste it all.

Patrick: When judging eats or drinks (I routinely evaluate dozens of food and beverage  offerings at competitions each year) you have to go in with a game plan because most often you only have a few moments to get the essence of the entry and value it.

I take small bites and small sips, and notice tastes and textures. I go back to items that get my attention (good and bad) for a second sampling. Sometimes I go back a third time; I want the best – in my opinion (because that’s all it is, my opinion) – to be the victor.

Guests also have the chance to become their own food judge. Help pick the fan-favorite restaurant of the night by tasting all of the dishes and casting your vote! We can’t wait to see you in one week at Zoo To Do – A White rhino Party!