Star Wars Animal InspirationMay the Fourth Be With You

May the Fourth is upon us, meaning Star Wars fans everywhere are uniting to celebrate the success and popularity of the eight current movies, as well as a new movie on the way. Here at the Zoo, staff are pretty amped-up since most of the animals and creatures in the movies are actually based on real animals, even ones that can be found at the Virginia Zoo!

While you may look at some of the creatures in the films and not be able to see the resemblance to their animal counterparts, their designers have confirmed their natural inspiration for several Star Wars characters. 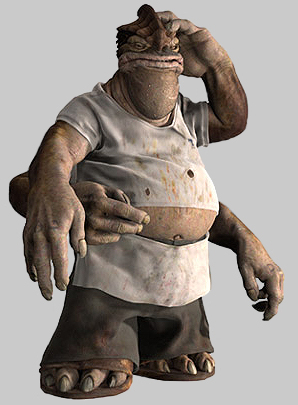 Let’s look over Dexter Jettster. Just looking at him, you may think he looks more like a manly reptile, but he’s actually part ape. Yes, you read that right. Star Wars concept sculptor Mike Murnane designed Dexter after siamangs! Overlook the extra appendages and pay attention to his throat. Siamangs, including our family of four here at the Zoo, have an expandable throat sac, which makes the gibbon species sound larger and louder. Dexter has this same throat sac thanks to Murnane’s obsession with siamangs!

Remember Jar Jar Binks? Although he slightly looks like a frog or amphibian of some sort, illustrator Terryl Whitlatch designed Binks with a bobbing walk similar to birds in the ratite family, which includes the ostriches, emus and cassowaries found here at the Virginia Zoo. Meesa thinks this design element incorporating the flightless birds is cool! 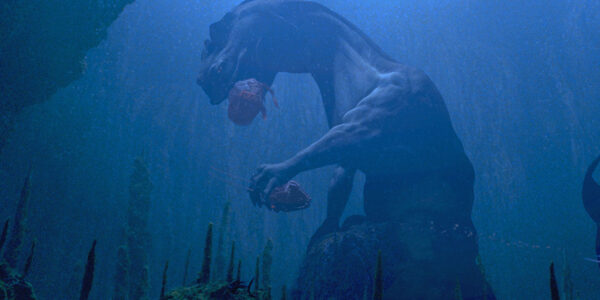 You’ll never guess where Whitlatch got her inspiration for the Sando Aqua Monster seen in the Phantom Menace. This beast actually has qualities that attribute to aquatic animals such as otters, and predators such as lions. The feet are webbed, just as the Asian small-clawed otters here at the Zoo, and we’re betting the monster’s large appetite and instinct to hunt for prey takes after lions, such as the Zoo’s African lions!

It’s a little easier to figure out which animals this last Star Wars creature was designed after. With its plump body and long snout, the shaak is clearly attributed to a tapir. Concept sculptor Mark Seigel combined a tapir with, believe it or not, a tick. An unlikely combination of animals, the shaak was one of the most difficult creatures to design, but we can appreciate a tribute to the Malayan tapir, especially since you can find the critically endangered mammal here at the Virginia Zoo.

Did you guess what any of the Star Wars creatures were modeled after? It’s a lot harder than it looks, but we definitely see the resemblance in these animals! Have an awesome Star Wars Day.

May the Fourth – and force – be with you!