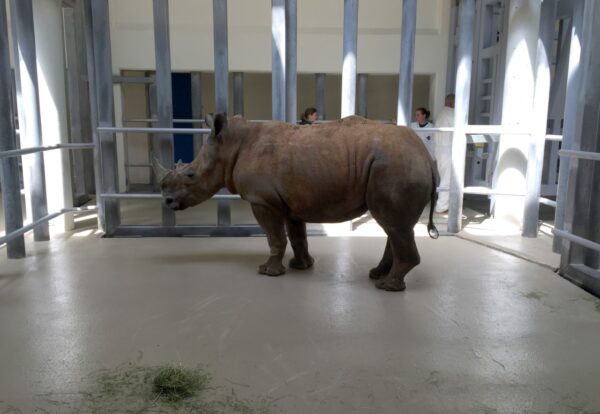 The Virginia Zoo is proud to announce the acquisition of two juvenile White rhinos, Bora and Zina. The female rhinos arrived at the Virginia Zoo this weekend from the Singapore Zoo and will take residence in the Africa Okavango Delta. 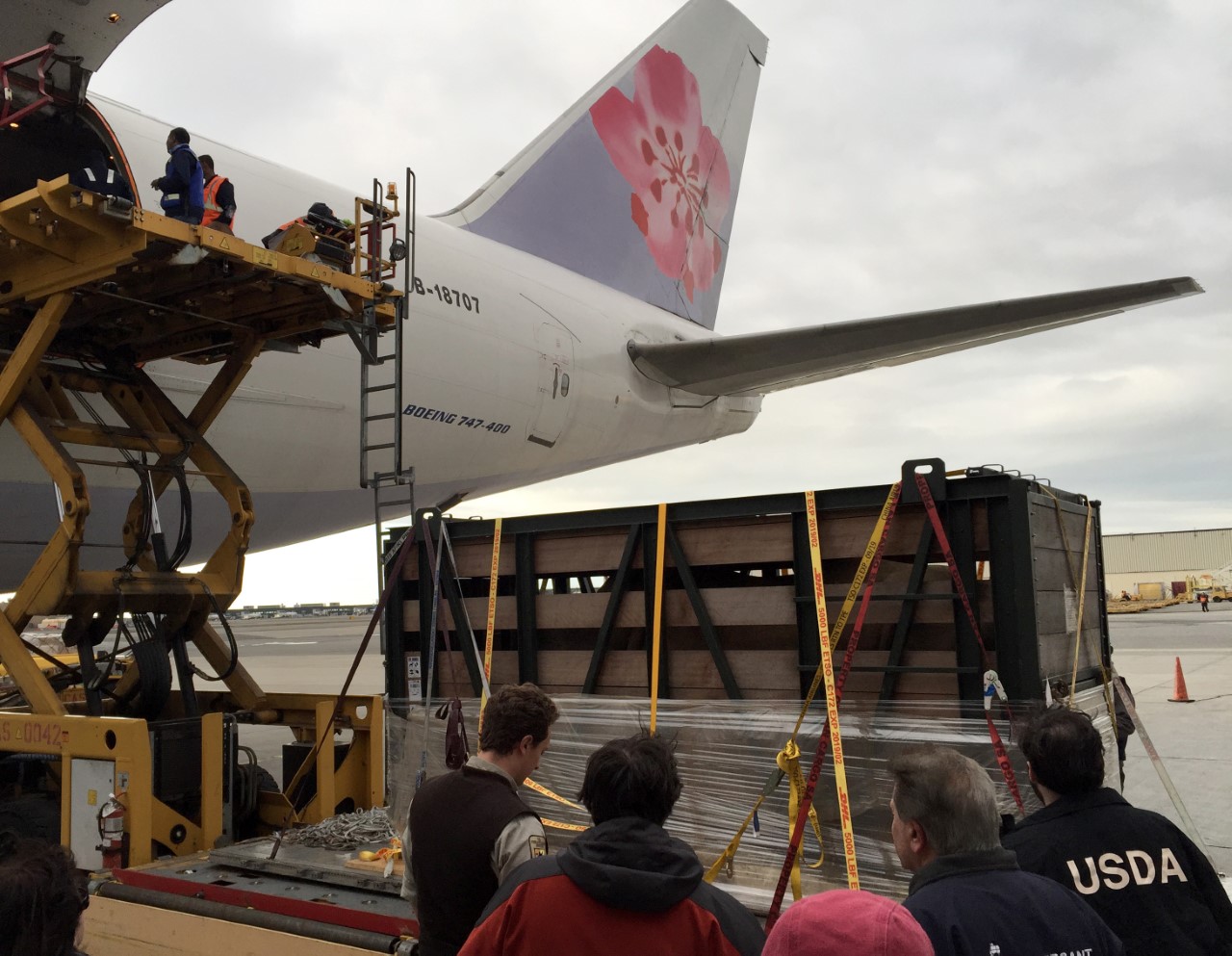 “We are so excited to welcome these beautiful young rhinos whose gene pool is new to the United States,” said Greg Bockheim, Executive Director of the Virginia Zoo. “With less than 20,000 white rhinos left in the wild, Bora and Zina will contribute greatly to the future of their species,” Bockeim added.

The Species Survival Plan (SSP) has designated a male White rhino to be paired with the girls. He is scheduled to arrive later this year.

Both Bora and Zina were born at the Singapore Zoo in 2013. The name “Bora” means snow in Albanian, and “Zina” means secret spirit in an African language. The girls weigh between 2,200 and 2,700 pounds and stand five feet tall, but can grow up to almost six feet tall and weigh up to 3,700 pounds. In the 1960s there were more than 70,000 African rhinos in existence. Today, there are fewer than 20,000 White rhinos and some scientists predict all rhino species may become extinct within the next 20 years. 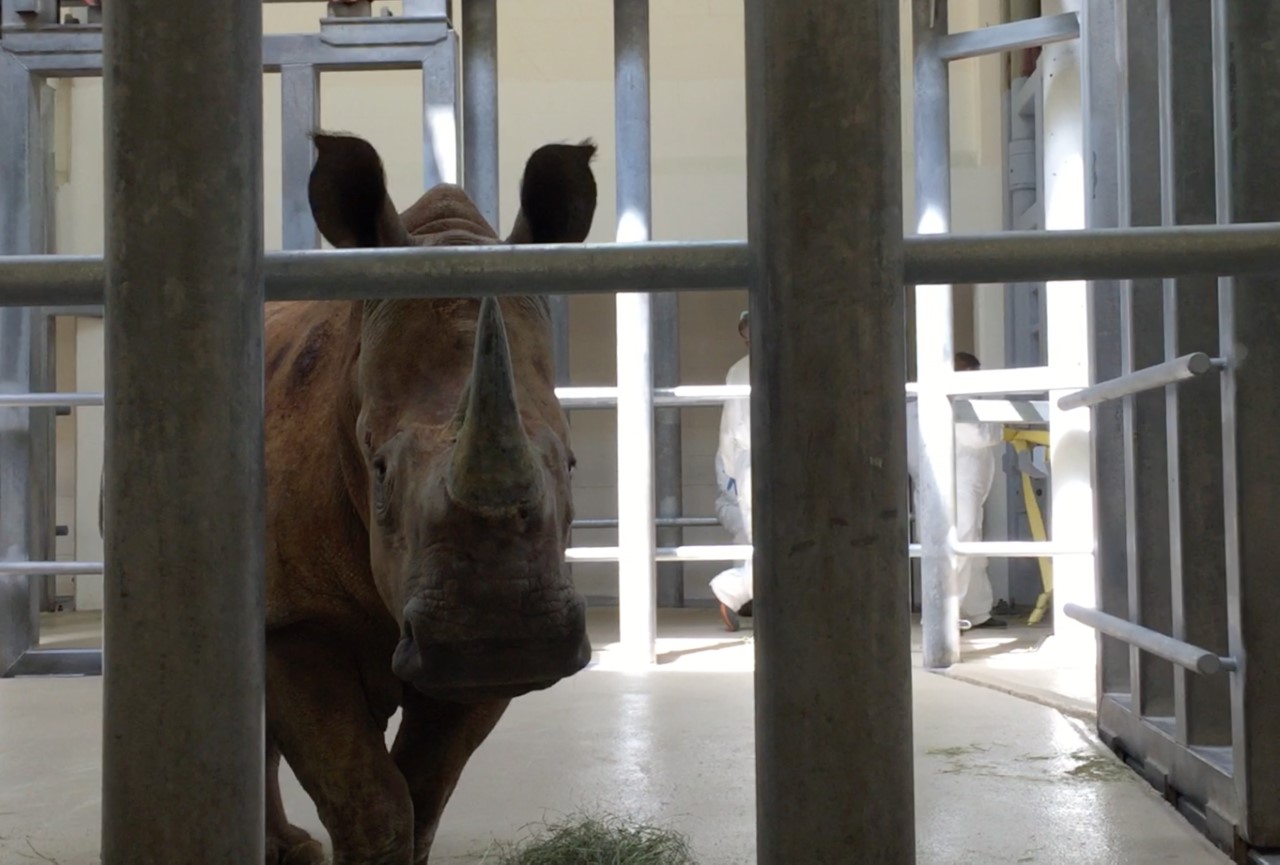 “The team at the Singapore Zoo did a tremendous job with prepping Bora and Zina for travel and their journey proceeded without any issues,” said Dr. Clabbers. “Now that they are settled into their new home, we will be monitoring them closely to make sure they are eating well and adjusting to their new surroundings,” Clabbers added. 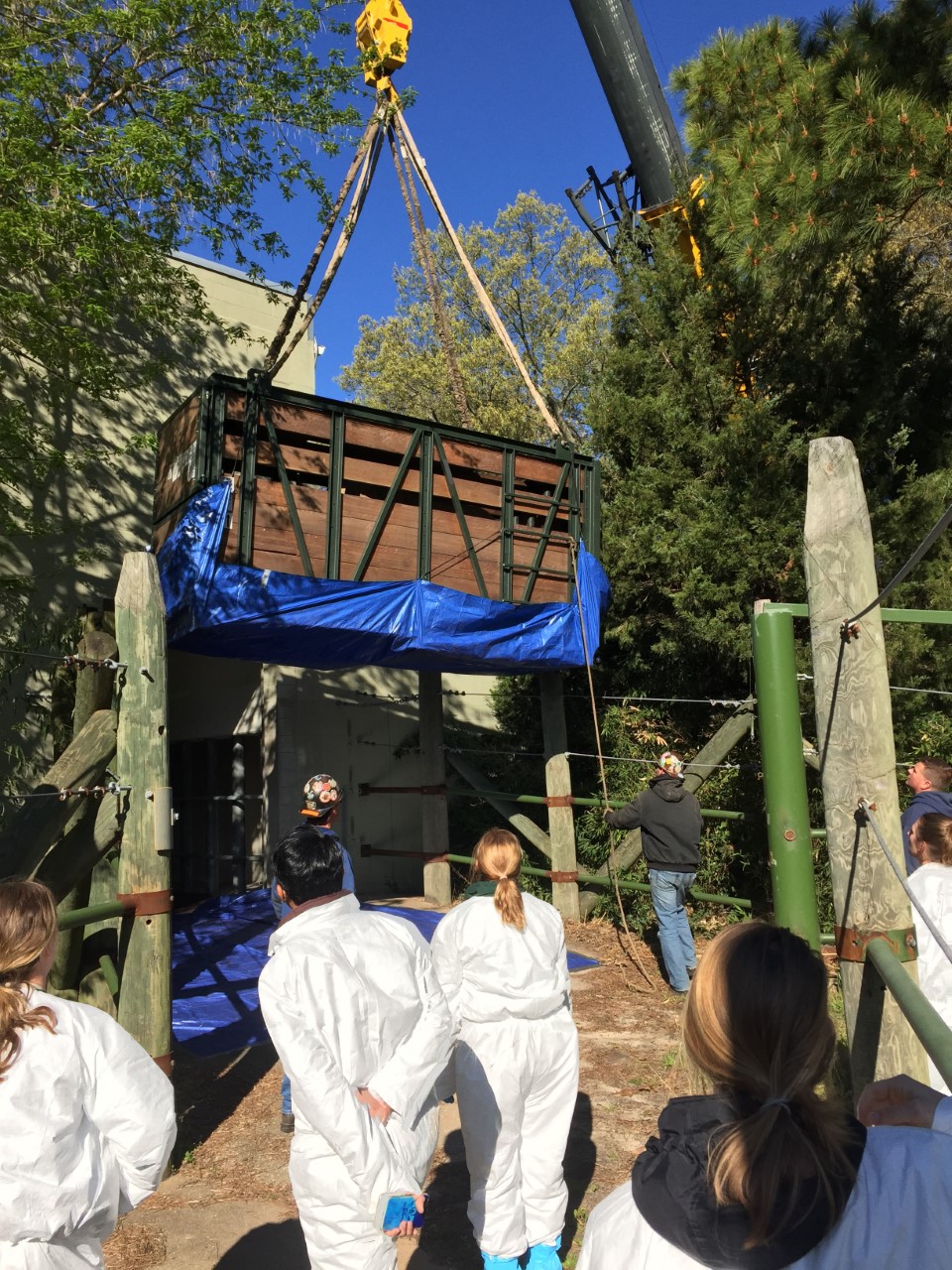 The rhinos were trained to enter and exit their travel containers and were provided with ample food and water for the flight from Singapore to New York. The girls were then driven in a climate-controlled semitrailer to Norfolk, with the animal care team following closely behind. Upon arrival to the Virginia Zoo, both rhinos were given full medical exams and appear to be in good health.

Visitors to the Virginia Zoo will not yet be able to see the rhinos on exhibit. They have a 30-day quarantine period in which they will be under observation by our Veterinarian, Vet Techs and Zoo Keepers to make sure they are healthy and happy. They will have access to their exhibit in the near future.

The Virginia Zoo is holding a press conference Tuesday, April 11 at 9 am. At this time, all members of the media are invited to meet and talk with the rhino’s Zoo Keeper from Singapore, Hikmat and Dr. Clabbers. Additional photos and video footage can be obtained by contacting the Zoo’s Marketing Manager, Ashley Mars at 757-441-2374 ext., 275, or by emailing at ashley.mars@norfolk.gov.

About the Singapore Zoo

For 40 years, Singapore Zoo has been known to have among the most beautiful settings in the world, where animals roam freely in open and natural habitats. Covering 26 hectares, the park is home to over 2,800 animals representing over 300 species. As Singapore’s premier leisure venue, Singapore Zoo receives over 1.7 million visitors annually. With that, the park will continue to ensure its service quality; product offerings and physical surroundings adhere to world-class standards. Visit www.zoo.com.sg for more information.