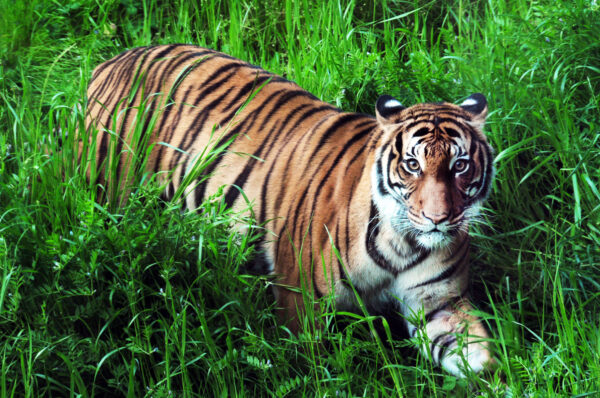 On December 20, 2013, the United Nations designated March 3 as World Wildlife Day, a day to celebrate and raise awareness of the wild animals and plants of the world, as well as ways to fight wildlife crime. This day also marks the adoption of the Convention on International Trade in Endangered Species of Wild Fauna and Flora (CITES) in 1973, which helps to ensure that international trade does not affect a species’ survival.

World Wildlife Day is also an opportunity for humans to become educated on conservation, how it affects wildlife and how it benefits people. Here are some of the many ways you can help save wildlife.

Recycling: Something as simple as recycling is an act of conservation. By recycling, you’re helping non-biodegradable trash stay out of landfills and ultimately oceans. This type of trash is often ingested by an animal, such as a turtle, that cannot digest the material, causing the animal to die.

Shop local: This year, don’t buy plants that are not native to your area. Invasive species are a true threat to the survival of other plants as well as some animal species. Learn more here.

Education: One of the best practices in conservation is through education. Human-animal conflict arises when people harm or kill animals to protect their land, livestock or livelihood. Farmer training programs have helped save several species from going extinct, such as the cheetah.

This year’s theme for World Wildlife Day is “Listen to the Young Voices.” The goal is to encourage today’s youth to rally together to combat major threats to wildlife including habitat degradation, poaching and over-exploitation or illicit trafficking. Everyone, young and old, is encouraged to put forth his and her best effort to help protect the world’s wildlife and their habitats through conservation actions.

The fate of the world’s wildlife in the future is uncertain. It is through conservation and education that humans can help animal and plant species thrive for many years to come. Celebrate World Wildlife Day today by donating to the Virginia Zoo Conservation and Research Fund, which supports conservation efforts locally and globally to help save the wild flora and fauna from going extinct.