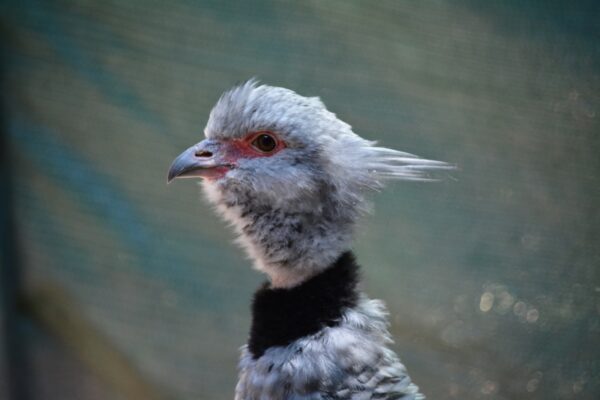 Tales of the Tails Animal StoriesI Scream, You Scream, We All Scream for SCREAMERS!

Step foot into the ZooFarm and chances are you’ll hear all sorts of noises – from the cows and zebu mooing, to the sheep baaing, the pigs oinking and… SCREAMING?

Located in the middle of the ZooFarm is a grassy area with an orange barn. In this exhibit, you can find the Virginia Zoo’s Southern or Crested screamers. This pair of birds has a very unique call, which sounds like a scream, that is often used as a warning to alert other waterfowl and animals in the area of possible imminent danger. 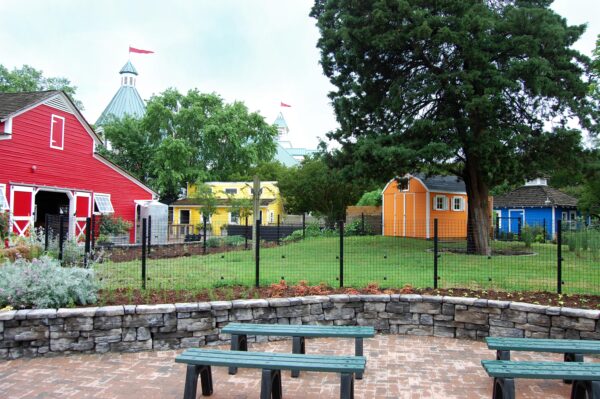 Southern or Crested screamers are from the southern part of South America, in the countries of Peru, Bolivia, Paraguay, north and eastern Argentina, southern Brazil and Uruguay, and their habitat consists of freshwater tropical and sub-tropical wetlands, including lakes, marshes, flooded grasslands and lagoons.

According to the International Union for Conservation of Nature and Natural Resources (IUCN), the Southern screamer’s conservation status is listed as “Least Concern” due to their broad range and large population size, and the population appears to be stable despite habitat fragmentation in some areas.

The Virginia Zoo has two screamers. The male is easily identified by the blue band around his leg, and the female has a pink band around her leg. It is often hard to differentiate the two, because male and females have almost all of the same physical features. 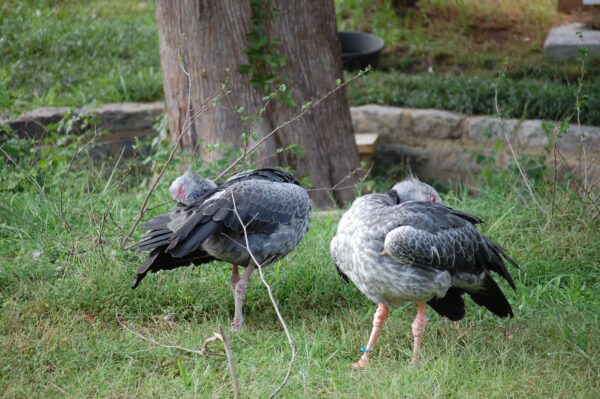 Blue, for short, has been at the Zoo since 2014. He weighs around 6.5 pounds. Pink also came to the Zoo in 2014, and weighs just over 7 pounds. Both screamers eat the same thing, which usually consists of greens such as vegetables and romaine lettuce.

When it comes to enrichment, the screamers seem to enjoy building and playing with nesting material such as small branches and tall grasses. The pair also appears to enjoy screaming, which helped earn them their name.

The pair has been parents to two screamer chicks in their lifetime. Even though the chicks have left the coop, Pink and Blue will be together for the rest of their lives. Screamers are monogamous, meaning they are with one mate for their entire life, which can be up to 15 years in the wild and 35 years in human care. 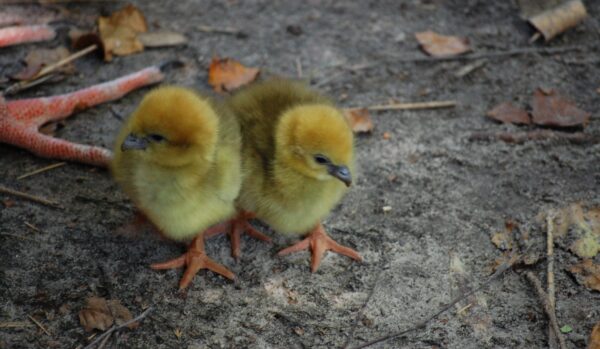 Be sure to head out to the ZooFarm to see (and hear!) Blue and Pink in their exhibit. If you think they’re as cool as we do, then why not Zoodopt them? Every animal at our Zoo is available for adoption, even the screamers! These packages start at $25 and benefit the Virginia Zoo Keeper Fund, which buys toys, treats and supplies for the animals.

Stay tuned for the next Tales of the Tails featuring the siamangs!