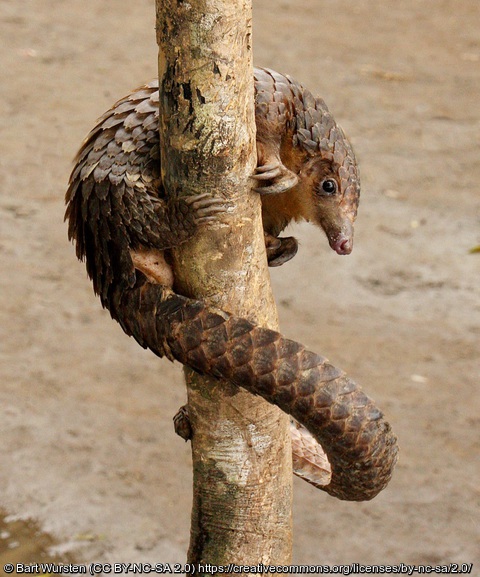 In the days leading up to World Pangolin Day, which is celebrated on February 18, we wanted to share an exciting, new conservation partnership that the Virginia Zoo started in 2016 with Dr. Ray Jansen and the African Pangolin Working Group (APWG). 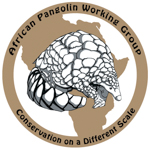 Pangolins are among the world’s most threatened species. They are the only mammals whose bodies are covered in scales (which are composed of keratin – the same material that makes up human fingernails), rather than fur. There are eight species worldwide, four from Asia and four from Africa. All pangolins have long, strong claws on their front limbs, which are used for digging and climbing. Pangolins are predominantly solitary and nocturnal, but become active earlier in winter and some individuals may become entirely diurnal during winter. They feed only on ants and termites, and are very important natural predators.

In 2016, the Virginia Zoo’s Conservation Fund provided financial support for a new field conservation program. Additionally, the Zoo collaborated with Dr. Jansen on a grant to the Association of Zoos & Aquariums (AZA) Conservation Grant Fund, which successfully provided $17,229 to South Africa to help initiate an exciting new study of the White-bellied pangolin. The Zoo’s assistant director is a formal collaborator on this project, and we hope to become even more closely involved with pangolin conservation going forward as these unique species are among the world’s most threatened.

The study will investigate the home ranges and habitat use of White-bellied tree pangolins within their tropical forest landscape. As with all eight pangolin species, the White-bellied pangolin is faced with the real possibility of extinction from both local and international trade.

The objectives of this study will be to determine if home-range size dependent on habitat condition and/or seasonal variation, correlated with food availability, varies among sexes and/or is affected by hunting pressure and spatial distribution of roads.

The study will further attempt to model population density and distribution based on home rage attributes, develop a better understanding of the local demand and level of trade and harvesting of pangolins within rural communities.

This undertaking is the first phase of a larger project to study the biology and ecology of all four African pangolin species, particularly the three central and West African pangolins. Our target is to better understand the habitat use and requirements for African pangolins and to present an onsite conservation management plan to African states where pangolins naturally occur. Please check back for updates as the project moves forward.