A Zoo LossSaying Goodbye to Alfred

(Norfolk, VA) – The Virginia Zoo staff is mourning the loss of its admired and beloved White rhino Alfred. The 48-year-old rhino died on January 19 in his indoor stall surrounded by Veterinary and Animal Care staff.

“Alfred’s quality of life and welfare have been a top priority of the Zoo’s medical team these last few months,” said Greg Bockheim, Executive Director of the Virginia Zoo. “Ultimately, his recent decline in age-related health problems prompted our animal care staff to make the tremendously difficult decision to peacefully euthanize him,” Bockheim added. 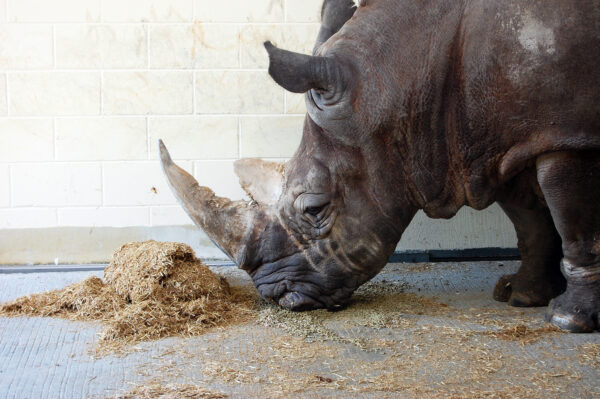 Since Alfred’s exam in October the Zoo’s Veterinary and Animal Care Staff have continued to closely monitor his health. Alfred has been undergoing hydrotherapy in addition to receiving pain medications and antibiotics for osteoarthritis, a common age-related disease.

“It is a very hard time for our staff right now as some have worked with and cared for Alfred for more than 15 years,” said Lisa Thompson, the Zoological Manager. “Alfred was an incredible ambassador for white rhinos, helping to educate countless Zoo visitors over the years about their conservation needs. He will be missed greatly by all of us here at the Zoo and in the community.” Thompson added.

Alfred has been an icon of the Virginia Zoo for three decades. He was born in 1968 and spent the first part of his life at Kings Dominion, then moved to The Wilds in Columbus, Ohio. He made his journey to the Virginia Zoo in the late 90s and resided in the original Mammal House until the Africa – Okavango Delta was built in 2004. Alfred shared the exhibit with the Zoo’s Hartmann’s mountain zebras and Watusi cattle. He was one of the oldest White rhinos in captivity and has contributed to the education of millions of visitors throughout the years.

When Alfred was born there were more than 70,000 African rhinos in existence. Today, there are fewer than 20,000 White rhinos and some scientists predict all rhino species may become extinct with in the next 20 years.

or more than a decade the Virginia Zoo Conservation Fund has supported the International Rhino Foundation to protect and study all the world’s rhino species. In memory of Alfred and to help save rhinos and their habitats you can contribute to the program by donating to the Virginia Zoo Conservation fund. In addition, the Zoo is encouraging guests to share their condolences and memories about Alfred on its Facebook page. 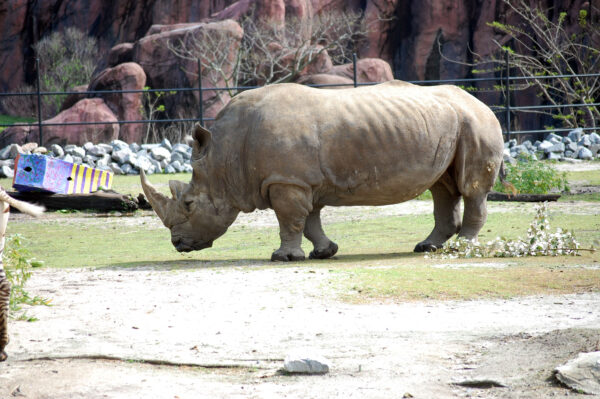