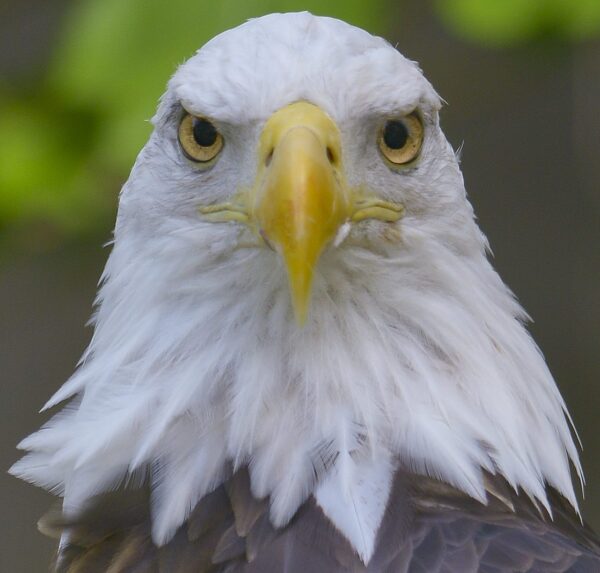 On January 10 of every year, the United States celebrates its national symbol, the Bald Eagle, by raising awareness about the majestic bird and the threats it faces on Save the Eagle Day!

It turns out, the American Bald Eagle is actually not bald at all. At one time, bald meant “white” instead of “hairless”, so the bald eagle’s white head gave it the name we know today.

In the late 1700s, after the signing of the Declaration of Independence, Congress assigned a committee to find a new national emblem to be on the nation’s great seal of the newly formed United States. The bald eagle was chosen for not only its beauty, but its long life, strength and due to the fact that the bird species was believed to only exist in North America, making it unique to the continent. The bald eagle has been the nation’s symbol since 1782.

In the late 1930s, the bald eagle population was declining rapidly for two major reasons. First, fishermen in Alaska saw the eagles as a threat to their food supply and began killing the birds. Then DDT, which is a colorless, tasteless and almost odorless pesticide began to be used nationwide by farmers to keep insects from eating and killing crops.

Shortly after DDT began being used, the bald eagle population dropped drastically due to the eagles’ exposure to the chemical. The pesticide made its way down the food chain from poisoned insects, through fish and ultimately to the bald eagles, killing all three types of animals in its path, plus more.

DDT even kept the eagles’ from reproducing. The pesticide made some of the eagles infertile and also thinned the eagle egg shells, making them unsustainable for incubating the eggs and supporting life.

In 1940, after realizing that bald eagles were threatened with extinction, Congress passed the Bald Eagle Protection Act (which now includes golden eagles), which prohibits the killing, selling, or possession of the species. The law was created to help the bald eagle’s conservation status increase.

In 1972, DDT was banned by the government. Since then, the eagle population has drastically increased. Bald eagles are now considered to be of least concern, as numbers continue to grow.

The Virginia Zoo has its very own bald eagle named Abe. Abe is a rescued eagle, meaning he was injured in the wild and then brought into captivity for treatment. His permanent injuries make him non-releasable. Abe is an amputee on his right wing and has cataracts in his eyes. After being treated at a rehabilitation center as a very young eagle, Abe came to the Virginia Zoo and has been here since. He is estimated to be 26 years old.

Abe is out on exhibit in North America, just past the bison yard. Be sure to stop by on your next visit to the Zoo to see him perched on his favorite branch. He’s quite the looker, as he’s always caught staring at guests who stop by!