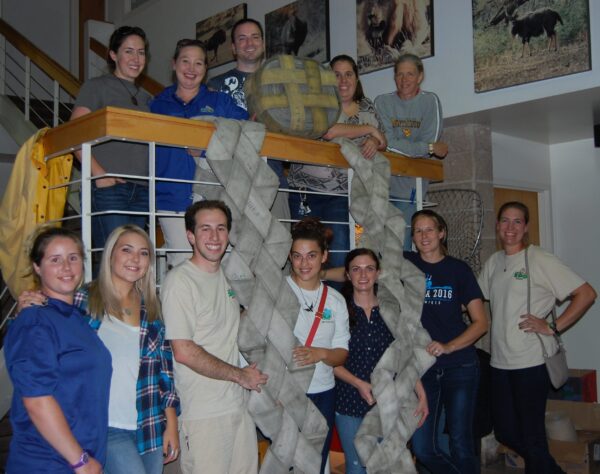 At the end of October, the Tidewater Chapter of the American Association of Zoo Keepers (AAZK) held an enrichment workshop at the Virginia Zoo. The workshop gave the Keepers and education staff a unique opportunity to make enrichment for some of the Zoo’s animals using an uncommon material: fire hoses.

Hose2Habitat, headquartered in Maryland, is the only organization in the world whose mission is to improve the physical and psychological well-being of wild animals in captivity by providing and enhancing habitat enrichment for animals in zoos, sanctuaries, and other facilities through the donation of recycled and other materials and free workshops, programs and services.

The Virginia Zoo was chosen as a recipient a fire hose cutter through a voting contest by Hose2Habitat earlier this year. The organization, which is a major partner of the AAZK, supplied the Zoo with fire hose cutting equipment and enrichment directions. The fire hoses were donated by the Norfolk Fire Rescue Training Center.

A dozen Zoo staff members attended the workshop, in which three different pieces of animal enrichment were made. After cutting the hoses to the specified lengths, the group began making the enrichment. 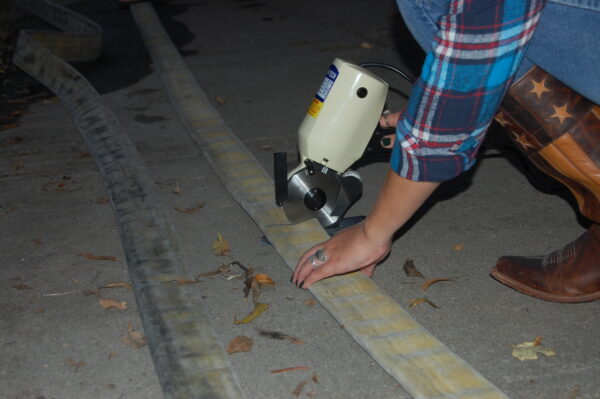 Half of the Keepers made two “braided browsers” by (literally) braiding two hoses together using the directions given to them. 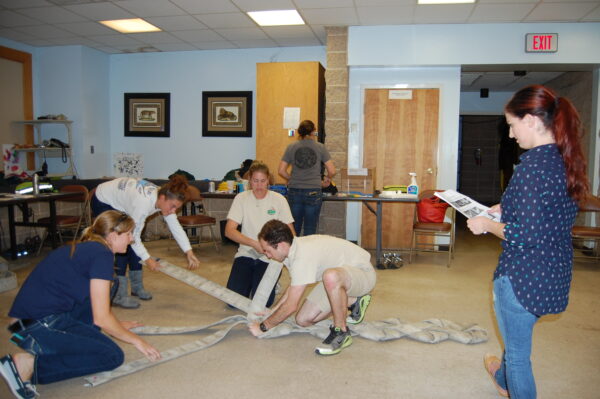 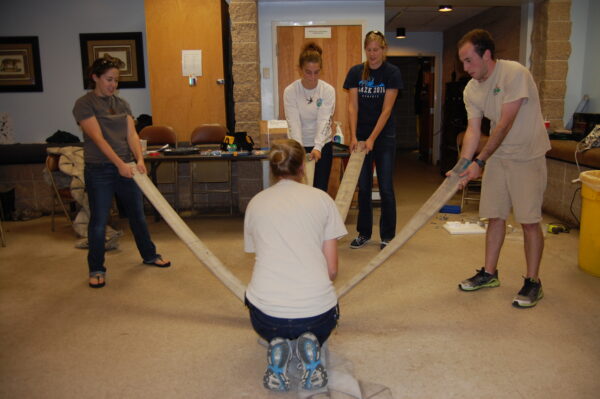 The other half of the group made the hose ball, which took a little more time to put together. One hose was cut into four small sections, then wrapped around two rolls of fire hose and bolted together. 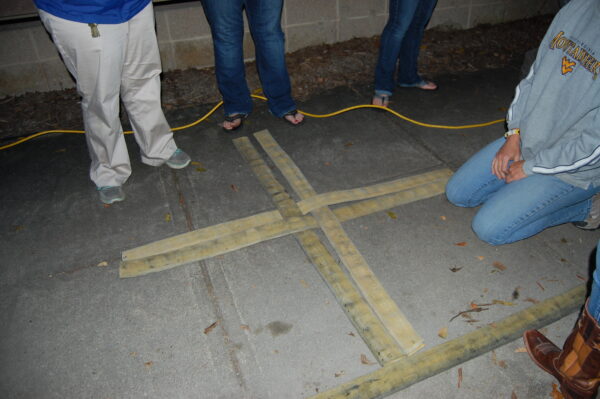 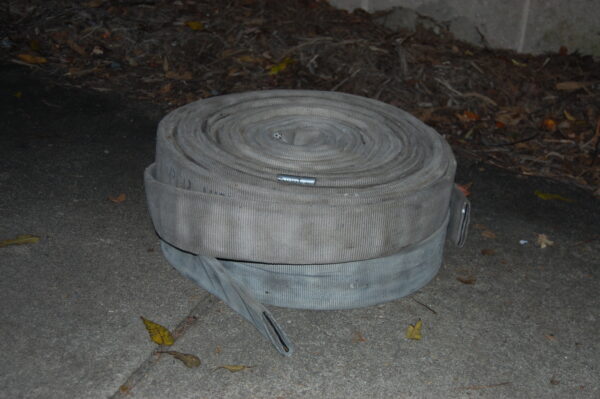 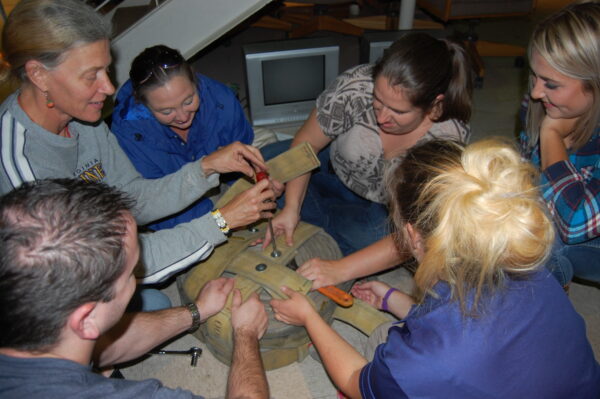 “There was a lot of teamwork involved in making the enrichment,” said Stephanie Peters, Program Animal Coordinator for the Zoo. “At one point we had at least 4 people all maneuvering the fire hose to make it into a ball. It was a lot of fun working together to create something that the animals can enjoy!”

Everyone enjoyed making the new, unique enrichment out of fire hoses, especially since they were donated from the community. The braided browsers will be used by some of the Zoo’s primates to climb on and find snacks and other types of enrichment in, while the ball will be a nice treat for other animals like the lions or tigers to roll around and play with, as well as explore for tasty treats.