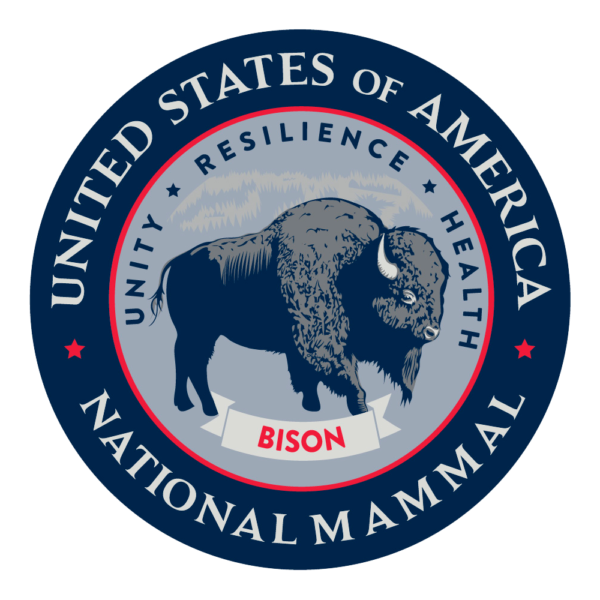 Tomorrow, November 5th, is a great day to celebrate Bison Day 2016 because:

The North American bison is now our new National Mammal!

In May of this year, Congress passed and President Obama signed the National Bison Legacy Act. With a rich history in conservation success and strong American culture ties, bison strongly emulate the spirit of the United States.

Bison are the largest mammal in North America, but can still run pretty fast; up to 35 miles per hour to be exact! A bison’s life expectancy is between 12 and 20 years. They can weigh up to one ton, and are constantly munching on food. Bison are actually ruminants, just like cows, giraffes and bongo, which means they barely chew their food, swallow it, then regurgitate it hours later to chew on as “cud”. A bison’s diet usually consists of grasses, shrubs, and leaves, but the bison at the Zoo also get served herbivore grain, Timothy hay, and a variety of other browse that our horticulture department provides for them.

The Zoo has two female bison, Oakley and Lily, who have been residents since November 2, 2000. They are around 18 years old. Oakley, the bigger bison, has both of her horn sheaths. She typically is the dominant one of the pair. Lily is smaller than Oakley and is missing both of her horn sheaths. As the weather gets colder, the lovely ladies will grow a thicker coat of fur, which will shed in the spring time. There are street sweeper brushes that hang on their fence to help them shed during that time.

Oakley and Lily’s yard can be found in between the ZooFarm and the Bald Eagle enclosure. Be sure to stop by and pay tribute to the National Mammal tomorrow, November 5, 2016 for National Bison Day!