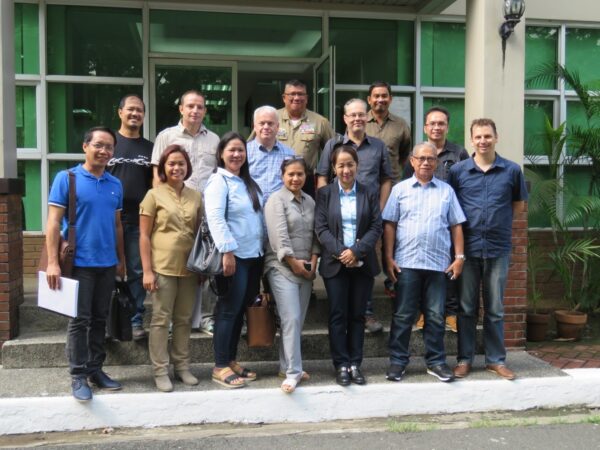 In early June a group of scientists, conservationists and community stakeholders from the island of Tawi Tawi in the Philippines met with government officials from the Biodiversity Management Bureau to form a Sulu Hornbill Recovery Group in a new initiative save the world’s most endangered species of Hornbill. The Sulu Hornbill (now often referred to as the Tawi Tawi Hornbill) is restricted to a small range on a single island in the Sulu archipelago and may number less than 30 remaining individuals left in the wild.

Virginia Zoo, along with Attica Zoo (Greece), Jurong Bird Park (Singapore) and Liberec Zoo (Czech Republic) sponsored the meeting and Virginia Zoo’s assistant director used his summer vacation to join the working group and work towards the development of a 5-year Conservation Action Plan to try and recover the remaining small population and better ensure its continued survival.

The new Conservation Action Plan is still in development but goals of the Action Plan will include better defining the wild status of the hornbill and its key habitat, defining current and future threats and developing threat-mitigation strategies, assessing current regulations and land status for the protection of the species, and developing a conservation education and community outreach program to engage the local community in these efforts. Field biologist Nikki Dyanne Realubit from Adamson University will be visiting Tawi Tawi in July to conduct an initial field assessment as the next step in this new initiative.

Check the Virginia Zoo website for more information about this new conservation program as the new action plan takes shape.