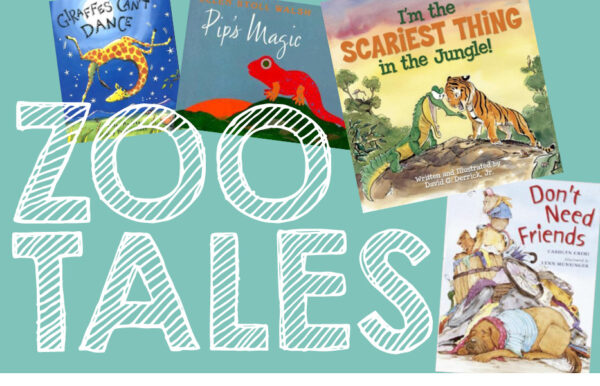 For the LittlesApril Zoo Tales

Spring is starting to arrive and what better way to spend it than at Zoo Tales? Every Tuesday and Friday through the Spring, join the education department at 11 am for a storybook adventure that is designed for pre-school aged children.

Held every Tuesday at 11 am in the Africa Interpretive Center. The program features two different animal stories, educational props and maybe even an animal visitor!

The Rat and the Tiger by Keiko Kasza

Something Is Coming by Bernice Chardiet

Help! A Story of Friendship by Holly Keller

Bugs for Lunch by Margery Facklam

If You Plant a Seed by Kadir Nelson

Held every Friday at 11 am at the outdoor classroom* between the Plaza and the ZooFarm. The program features an animal story, educational  props and other fun activities!

We All Went on Safari by Laurie Krebs and Julia CairnS

King of the Zoo by Erica S. Perl