To represent the Zoo and educate about our conservation efforts, Dudley the Hoffman’s two-toed sloth made one of his first public appearances with Animal Programs Coordinator, Stephanie Peters. He is the newest animal ambassador at the Zoo and has been doing quite well with training and Friday night he stole the show. Other animal ambassadors included a screech owl, Rhino ratsnake and a Ball python.

Virginia Zoo Leadership Society, Board Members and staff were invited for a insider’s look from 6 to 7 pm, then the exhibit opened to the public. We were honored for the donation Glass Wheel Studio gave from the proceeds of the bar that evening. 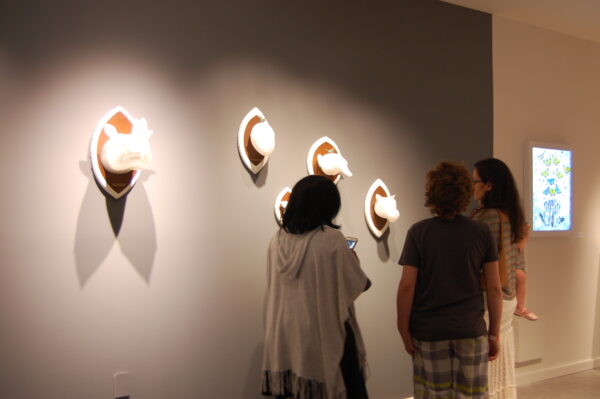 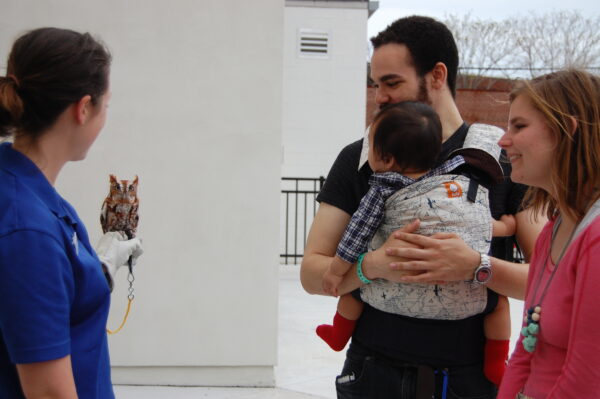 About Glass Wheel Studio
Glass Wheel Studio is a contemporary art facility located in the heart of The NEON, Norfolk’s Arts District. The recently renovated 8,500-square-foot space features two rotating galleries and affordable artist studios. Through stimulating exhibitions and an active Studio Artist Program, Glass Wheel Studio aims to cultivate a deep appreciation for contemporary art in glass and beyond. It serves as an incubator for extraordinary ideas and encourages artists across all disciplines to pursue and elevate their craft. For more information visit: www.GlassWheelStudio.com