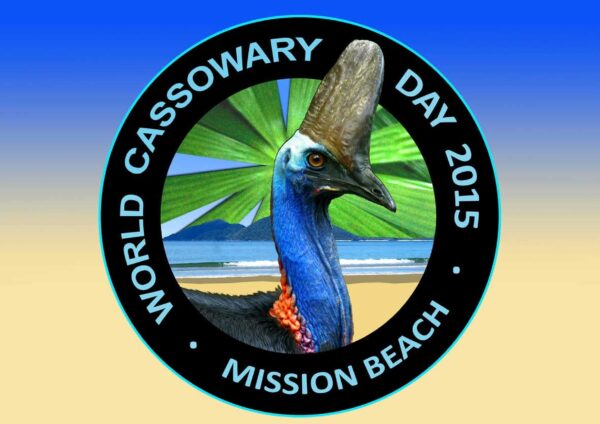 Did you know that World Cassowary Day is September 26? Not that we need a special day to celebrate these amazing birds – we love them every day of the year!

The Virginia Zoo is extremely proud of its cassowary breeding program and the dedicated zookeepers who take care of these birds. At the Zoo we have four cassowaries. Boris, a 20 year old male, Clarice, a ten year old female, Elgie, a two year old female, and Hallager, a 2 year male who hatched at the Zoo and whose father is Boris. Boris and Clarice are a breeding pair who currently live behind our Australia Walkabout. Hallager and Elgie are a (future) breeding pair that visitors can see in Asia – Trail of the Tiger.

Cassowaries are large, flightless birds that are native to New Guinea, Australia, and the surrounding islands. There are three different species; at the Zoo we have southern (or double-wattled) cassowaries.

These ratites have two very noticeable characteristics – three large toes, the middle of which is long and has a dagger-like claw on the end of it, and a casque on their head. This casque is most likely used to amplify sounds made by the cassowary, much like the way hornbills use their casques. Some scientists believe that the casque also helps the birds navigate through the thick plant growth of their native habitats.

Cassowaries are solitary birds and generally only come together to mate. Females will lay up to eight eggs and then leave the male to incubate them and raise the chicks. Incubation lasts for about 50 days and cassowary fathers are well known for their fierce protection of their offspring.

Like many other animal species around the world, loss of habitat is a major threat to wild cassowary populations. Deforestation and the introduction of invasive predators (cats, dogs, foxes, and humans) have led experts to list these birds as Vulnerable.

Recently a complete census of Southern cassowaries was taken in Australia. There are just over 4,000 birds left in the wild. A lot of the areas they have traditionally lived in have been deforested or developed by people and aren’t habitable for the cassowaries anymore.