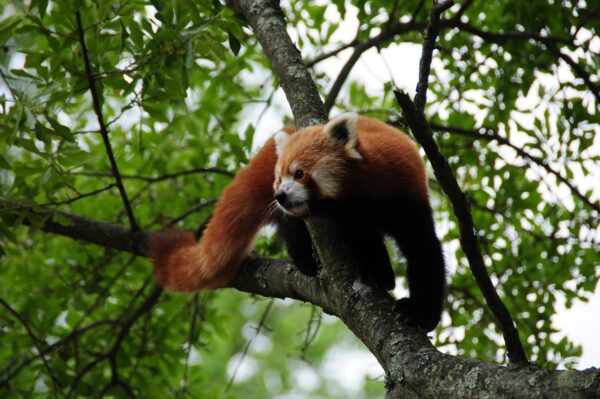 The Zoo is saddened to announce the death of two red panda cubs, born on June 25.

“Neonatal mortality in red pandas has traditionally been very high,” explains Zoo veterinarian Dr. Amanda Guthrie. “We were very lucky in 2013 and 2014 with Thomas, Charlie, Ginger and Cinnamon but this year we are devastated to lose both cubs to pneumonia.”

While they initially did well, the cubs began to suddenly lose weight a couple of weeks after being born, so Zoo staff intervened. The cubs and mom Bernadette were examined and it was discovered that Bernadette was unable to produce enough milk. It was found that her mammary gland development was much less than normal and she was not producing enough milk to sustain one cub, let alone two, so the decision was made to hand-rear the cubs.

“We tried our very best and did all the recommended treatments and therapies from red panda experts around the country,” says Dr. Guthrie. “We plan to continue breeding red pandas and hope to have better success in future years.”

Bernadette has been given a clean bill of health is back in her exhibit in Asia – Trail of the Tiger.