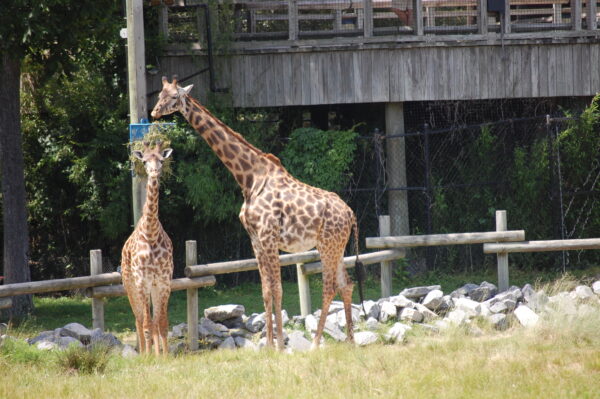 On Sunday, June 21, zoos and wildlife aficionados all over the planet celebrated the second annual World Giraffe Day. How fitting that we dedicate the longest day of the year to the tallest animals on Earth?

World Giraffe Day is an initiative that was started by the Giraffe Conservation Foundation to highlight these amazing animals and the challenges they face. There are about 80,000 giraffes left in the wild, a number that has decreased by about 65% in the last 15 years.

While the species as a whole is not considered to be threatened by extinction, there are two sub-species – West African and Rothschild giraffes, that are listed as Endangered by the IUCN. Like nearly all wild animals, giraffes are threatened by habitat loss, poaching, perceived threats to livestock and crops, and even war and civil unrest.

Special initiatives like World Giraffe Day not only raise funds that support field research, habitat preservation, and the monitoring of wild giraffes, but they also foster education and awareness worldwide. Visit the GCF website for more resources like posters and kid’s activities, detailed conservation reports, and even merchandise – the proceeds of which help support the foundation.

Stay tuned to the blog this week for more posts about giraffes, including a “Meet Our Giraffes” feature!