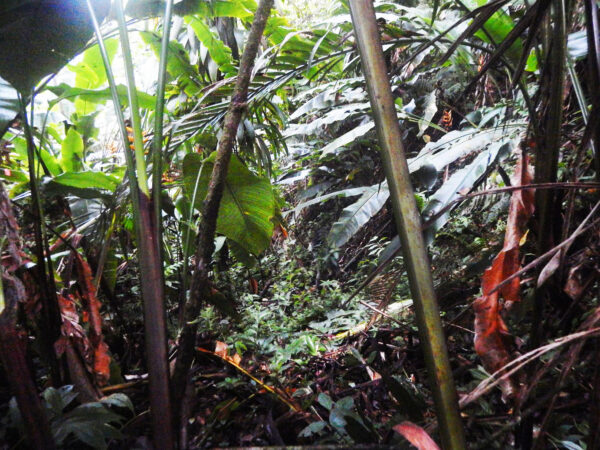 In 2014 I received a request from the forestry department of St. Vincent & the Grenadines to assist them with conducting a conservation assessment for their endangered and endemic whistling frog species, Pristimantis shrevei. This frog has been listed as endangered for over a decade because of its extremely small natural range, but in recent years a number of additional potential threats have created concern about the status of this species including some dramatic storm events in 2010, 2011 and 2013 as well as the continued presence and range expansion of an invasive whistling frog species not native to the island, and from recent reports of the discovery of Chytrid fungus in frog species on other nearby Eastern Caribbean islands.

With the support of a conservation grant awarded by the Sacramento Zoological Society I headed out to the Eastern Caribbean and the island of St. Vincent on June 4th to work with members of the forestry department team. The goal was to conduct a series a field survey activities in different parts of the island in typical frog habitat, assess the current population size of the endemic St. Vincent whistling frog, and try to determine the level of threats that challenge its population sustainability. 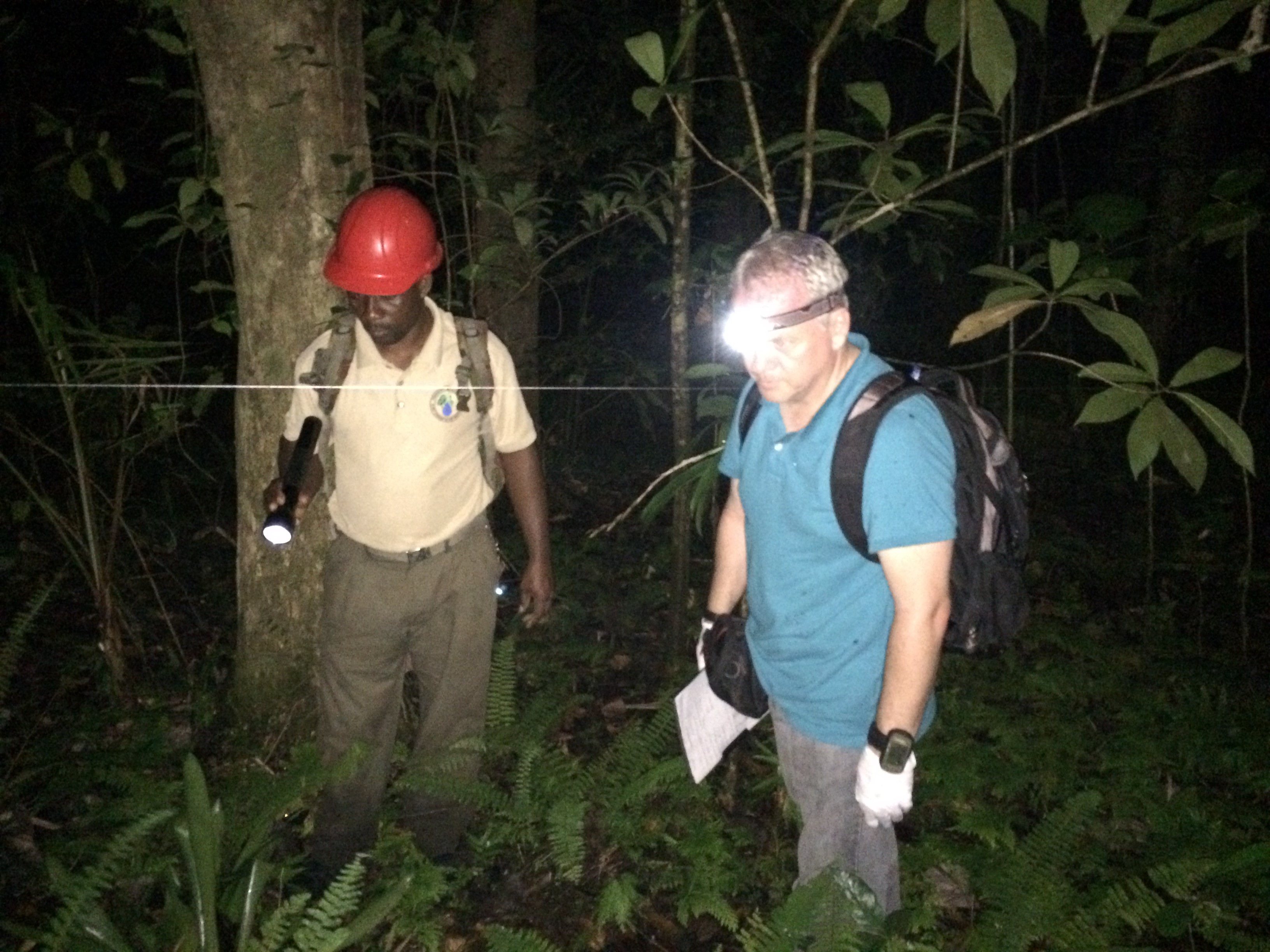 Seven key forest locations were chosen for the main field census locations and we conducted timed straight line transect census work each evening after nightfall, these census activities including swabbing of frogs as surveillance for Chytrid fungus. We also swabbed additional invasive amphibians outside of the main field survey areas as part of Chytrid surveillance.

The field work is now complete and we are assessing the results, continuing GIS mapping work to assess the range and occupancy of the endemic frog, and we are waiting to hear news back from the amphibian disease lab about whether any swabs taken from amphibians on the island prove positive for Chytrid fungus. We planned future census work for this species to take place at least once every second year. We also planned for a long term study site where we can examine the relationship between the endemic frog and the invasive frog species to define the risk of displacement to the endemic frog from direct competition by the larger, invasive species. Our work is ongoing so check back for future updates on this project.